January has been a whirlwind!
First of all I've had another book released that kind of appeared beneath the radar due to the other craziness!

The pieces of Christina Davidson's life have built up into place over the past few months, despite the one last secret she's trying hard to hide. When Leo Blue returns to town, then people from her past turn up, her carefully constructed walls begin to crumble and the only people who can help her now are the men of the Wild Blue Detective Agency.
Leo Blue can't escape Packham nor the life of a private detective no matter how hard he tries. Six months after the murder of artist DJ Gage, the prices of Gage's paintings soar. When a woman winds up dead and a forgery is discovered in the local art gallery, Leo has to find a murderer and a forger. 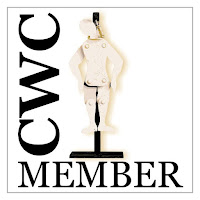 Secondly, I've joined the Crime Writers of Canada. Yay!
Hopefully, this will be a step that will help on my writing path.

Third....I'm going for surgery February 27 to fix my knee. A torn meniscus has slowed me down for the past few months. Now, I'm looking forward to getting it repaired and having a little time off work to heal and do some writing.

Fourth, I've worked on some edits for a couple people. Great experience to spark my own creativity. It's nice to get inspiration from inspirational people.

Fifth, I have signed on to be a part of a Story Teller series at our local library.

Last, but not least, I've been released from the last contract I had with Gemma Halliday Publishing for a short story that was part of my Gilda Wright Mysteries. Now I just have to figure out a way to use it in the series.

2019 certainly seems to be an interesting year so far!