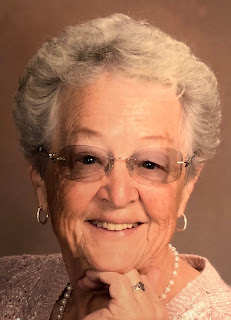 Skye Taylor, mother, grandmother and returned Peace Corps Volunteer, loves adventure and lives in St Augustine Florida where she enjoys the history of America’s oldest city and walking on its beautiful beaches. She posts a sometimes-weekly blog and sends out a bi-monthly newsletter, volunteers with the USO, and is currently working the next book in her new Jesse Quinn Mystery series. Her published work includes: Bullseye, The Candidate, Falling for Zoe, Loving Meg, Trusting Will, Healing a Hero, Keeping His Promise, Worry Stone and Iain’s Plaid. Visit her website: www.Skye-writer.com to read her short stories and essays about her time spent in the South Pacific with the Peace Corps. She is a member of Sisters in Crime, Florida Writer’s Association, and Women’s Fiction Writer’s Association. She loves hearing from her readers at Skye@Skye-writer.com


I live in a sunny, warm, little piece of paradise in a fun little neighborhood perched on the edge of a barrier island so I spend a lot of my time walking the beach, or just watching and enjoying the ever-changing ocean. I also volunteer at the USO lounge at the Jacksonville Airport on a regular basis and sometimes get dressed out as an 18th century Spanish wench and join in the reenactment activities in the old part of St. Augustine, the oldest European city in the US. I also have fifteen grandkids so there is a lot of travel to attend important events in their lives. My most recent adventure was a trip back to the South Pacific to visit the family I lived with while serving in the Peace Corps that included dodging a tropical cyclone and an unexpected layover in the capital of Tonga. My next trip out of the country will be Scotland with my daughter and two granddaughters next year.

I’ll probably still have a work in progress when they bury me because I have so many great book ideas. I am currently working on Framed - the second book in my new Jesse Quinn Mystery series.

The most difficult story I ever wrote was my mainstream, The Candidate (https://amzn.to/2C8Zg83). It was a story that grew in me a bit at a time, but by the time I was deep into writing it I felt like I had the reins for six horses in my fists and no experience in handling a team. But then I had the privilege to attend a workshop by T. Davis Bunn on keeping story and character arcs working together. Like a lightbulb had come on in my head, I came home with my scribbled notes and a sketch of his graphic and the story all fell together. The Candidate (https://amzn.to/2C8Zg83)is one man’s personal struggle with an event from his past that erupts in the last couple months of a hard-fought campaign for the White House that challenges everything Matt Steele thought he knew about himself. But we see into his opponent’s campaigns as well as the lives of two people tangled up in Matt’s story. It was a difficult story to write, but I feel it’s one of my best.

Research – There is always research, even when writing a contemporary story in a place you’re familiar with, unless, of course, your protagonist has the same job you do – then you’re golden. My romances were set in a fictional town in coastal North Carolina so I visited the area and dug into the lifestyle, learned the colloquialisms and favorite foods. I was already familiar with the period of American History that my time travel is set in, but it still required a lot more research, walking the streets of Boston and Salem Mass, and reading the letters and journals of the men and women who lived in that time. The Candidate (https://amzn.to/2C8Zg83), required some research into the Vietnam War and interviewing men who had actually fought there as well as paying attention to the political arguments of the current era.  My new mystery series required research into a whole new world – that of law enforcement. Not ever having been in law enforcement, nor related to anyone who is, I took the Citizen’s Law Enforcement Academy and two ride-alongs with local deputies. Since these books are set right here in St. Augustine, I am already familiar with the territory, but still use Google maps to “look” at places I’ve not been, and sometimes I just get into the car and go for a drive. Thankfully, I enjoy the research part of the writing process.

Which books/authors do I read for pleasure? Dozens. Authors that have inspired me would be Diana Gabaldon, A.E. Howe, C. Hope Clark, and Tracy Garvis Graves and a whole raft of less well-known authors I meet with regularly who help me brainstorm and cheer me on. For pleasure I read all of the above, but also Vince Flynn, David Baldacci, Lee Child, Greg Hurwitz, Mark Greaney, Brad Thor, Tom Clancy, Nelson DeMille, Mark Dawson, Tony Hillerman and Michael Connelly. Actually, I could go on, but that would take all day. I used to read a lot of romance and especially enjoyed Georgette Heyer, but in the last few years this genre has become so repetitive it’s like watching Christmas movies on the Hallmark channel; same plot, same characters they just change the names from one book to the next. I do still read romances, but I’m always looking for authors who push that narrow envelope.

Was there a person who encouraged me to write? Along the way, there have been many, but way back when I was still in High School, I had an English teacher for both my junior and senior years who really lit the fire in me. His assignments challenged me to dig deep and think about my writing in a way no teacher had before. By the time I graduated I had learned to love creating characters, stories and places. Even essays became something I enjoyed when everyone else preferred multiple-choice exams. 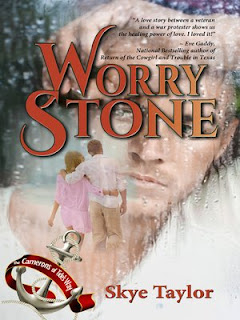 Blurb:
Sandy Marshall has been rescuing and healing injured creatures all her life, so it’s nothing new when she jumps to the defense of a Marine recently returned from a war zone who’s being heckled by a fellow student. But when she falls in love with Nathan Cameron, she discovers that bringing home a soul-wounded Marine just might break her heart.

Cam wasn’t planning on getting involved with anyone until he put the war firmly behind him and got his life back on track, but the hope and sunshine Sandy brings to his troubled heart is as unexpected as it is irresistible.

Will Sandy’s love be enough to bring Cam back from the edge of despair and convince him to get the help he so desperately needs? Is his love for her strong enough for him to pull his life together and be the man she believes in? 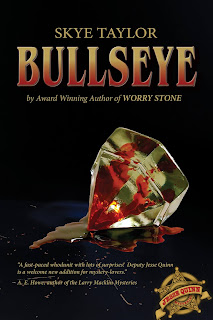 Tag Line: Powerful people want a good man locked up for murder - and time is not on Jesse’s side.

Blurb:
Dan Hoffman’s wife is dead. His fingerprints are on the glass prism she was bludgeoned with, and powerful people want him in cuffs. But Detective Jesse Quinn has a history with Dan and she believes he’s innocent.

A man on the run claims the murder is tied to a long-ago cover-up over an incident in Afghanistan. Four people are dead, and two attempts have been made. A rival in the Sheriff’s office wants to take over the investigation and time is running out.

Will Jesse be able to put all the pieces together before she is sidelined and Dan arrested for his wife’s murder?