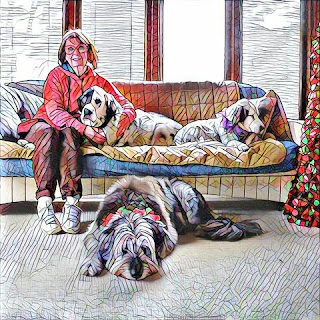 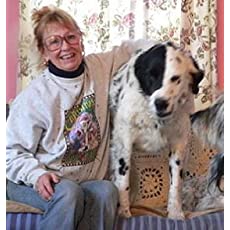 In addition to these novels, she has also penned the award-winning contemporary romance, Summer Girl, A Novel and three novellas (Sarah & Zoey, A Story About the Power of Unconditional Love, The Night of the Sciurus, A Western Michigan Tale of Terror, and The Witches of Storm Island: Book I, The Turning), all of which have received excellent editorial and customer reviews.

The adopter of three rescue dogs, Linda is serious about animal welfare and, all profits from The Mateguas Island Series are donated to her charitable trust, The Raison d’Etre Fund for Dogs, Dedicated to Rescue and Research which is administered through Schwab Charitable.

Tell us about your life outside of writing.
I’m a single woman who lives with three dogs – Chelsea, Chomps, and The Bear. Prior to COVID-19, I volunteered several days a week at the local humane society, walking and socializing dogs. Obviously, I’m a dog person. I also enjoy hiking in the red rocks of Sedona where I live.

Do you have a work in progress?
Yes, I do. I am currently working on the 4th book in the Kate Pomeroy Gothic Mystery Series. The WIP doesn’t have a title yet!

What was the most difficult section/piece you ever wrote? What made it difficult?
The most difficult piece I’ve ever written was in my novel, Summer Girl. The section I refer to involved the graphic description of the sexual abuse of a child. I knew when I was writing this that I had to walk a very fine line between conveying the absolute horror of the act and, at the same time keep it from going so far overboard that I turned my readers off. I started off by writing the episode in as much graphic detail as I could. Once that was done, I re-wrote and re-wrote it, softening some parts and emphasizing others until I had what I wanted. Most of the time when I was editing, I was crying. While not a victim of sexual abuse myself, I did suffer physical and emotional abuse as a child and young woman. The trauma experienced by my heroine (Andie), brought my childhood experiences back and, in a sense, that was cathartic for me.

What sort of research do you do for your work?
All kinds. The first two novels in the Kate Pomeroy Series jump back and forth in time – from present day to the 1600s and back again. I had to do historical research regarding the City of New York, modes of transportation, clothing, etc. for the 17th century segments. In the 3rd novel in the Kate Pomeroy series, Abducted, I had to do research into drug addiction and geographical research into the country of Turkey.
The Mateguas Island series was easier. That series is set on an island off the coast of Maine and, at the time I wrote the 1st novel, I lived on such an island. Therefore, I had first-hand knowledge of what island life is like.

Which books and authors do you read for pleasure? Is there an author that inspires you?
Stephen King, of course. He’s been one of my favorite authors for decades. As a member of the Horror Writers Association, I am privileged to receive works being promoted for Bram Stoker Awards. Thus, I get to read many new and established writers in the genre. My favorite novel, however, is The Magus by John Fowles. No matter how many times I read it, I always learn something new. I also loved The Art of Racing in the Rain by Garth Stein – best dog book ever – and The Lightkeepers by Abby Geni. 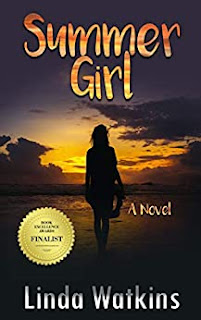 Does First Love, True Love, Ever Really Die?
Andi Martin asks herself that question as she sits on the porch of the Sloane Cottage, her mind flooded with memories of the summer of '65 and a boy, once loved, but never forgotten.
Jake Chambers is also on a collision course with the past as he returns to Cutter Island for the first time in more than a decade. And, as the ferry approaches the wharf, he finds his mind filled with thoughts of a summer long forgotten and a girl destined to haunt him forever.
Summer Girl is the story of Andi and Jake - a story of love, loss, survival, and - most of all - HOPE… 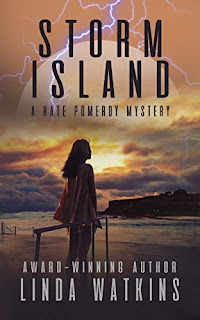 A body found hanging from the ceiling fan in the tower room of the old manor house on Storm Island.

For nineteen years, Kate Pomeroy has suppressed that memory. A second-year-resident in surgery, she thinks she has her life under control. But a curious conversation overheard while taking a catnap launches her on a descent into a world filled with nightmarish visions that cause her to doubt her own sanity.
Sent to Storm Island to rest and recuperate from an apparent breakdown, Kate is forced to come to grips with memories of the summer her mother died as well as new terrors that plague her mind. Even the blossoming of an unexpected romance with islander, Jeremy Bradshaw, cannot keep her fears at bay for long.
The discovery of a strange little silo, hidden deep in the woods, spurs Kate to action as she tries to unravel its mysteries. But is the silo real or just another illusion created by her tortured mind?

My three websites are mentioned, with links, in the bio, but I’ll include them here, too.
http://www.lindawatkins-author.com - main book website (thru Author’s Guild)
https://lindawatkins.biz - (book reviews, thoughts, etc.)
http://mateguasisland.com - (website for the M.I. series).