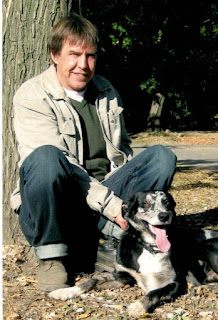 I am married with two kids and although I was born and raised in an Irish catholic family in Liverpool UK, I now live in Hungary. I had no career as such, most working people don’t, we move from job to job, if we are lucky we have a skill, but still move from job to job. I have done everything from factory work, to setting up and running my own businesses, some more successful than others.  I currently run a small English language school in a lovely town set around a lake. I gained a Bachelor's degree in English at the age of forty, when I left school at sixteen I had no qualifications.

I am two and half books into the four novels that make up The Liverpool Mystery Series, each can be read independently, but reading all of them will help you get more out of each one. The first book I wrote was Under The Bridge set in Garston, Liverpool. I am currently querying that with agents and publishers so am holding off on self publishing it.

The Morning After is the second and will be available for pre order very soon, it was writing this book that I realised this was a series all along. I am currently writing Fire Next Time and The Wicklow Boys will follow. Each are stand alone novels and you can read them in any order, like our lives they are a moment in time, connected to what happens before and after.

Website and other links to your social media pages: (These are the most informative.)
https://www.facebook.com/Jack-Byrne-553321885196623/
https://jackbyrne.home.blog/

Tell us about your life outside of writing.
I spend my time between teaching and looking after two kids, 2 cats and a dog. I enjoy spending time with my family, a few beers with friends, and reading about how the world is going to pot. Nothing has beaten The Wire and Sopranos yet, though I waste my time trying to find a substitute.

Do you have a work in progress?
My work in progress is called Fire Next Time and is centered around a young guy who’s life is turned upside down when he witnesses the arrest of a climate change protester who later dies in police custody. The main character Charlie becomes involved in the movement and uncovers some disturbing information about the arresting officer, as a result the most immediate danger to his life is not climate change.

What was the most difficult section/piece you ever wrote? What made it difficult?
In Under The Bridge a father grieves for his son who committed suicide in the British Army while serving in Northern Ireland. One of my brothers committed suicide at the age of 19 while serving in the Army in Northern Ireland, so I am not ashamed to admit the tears flowed while writing those scenes.

What sort of research do you do for your work?
Having lived a varied and eventful life, a lot is drawn from experience, but I do research historical facts for context and timeline. I also try to walk the routes, see the buildings, and taste the atmosphere of settings.

Which books and authors do you read for pleasure? Is there an author that inspires you?
The list is long and wide, Emile Zola’s Germinal was an early world changer, all of Dickens. An amazing book passed hand to hand in working class communities especially in Liverpool ‘The ragged trousered philanthropists.” by Robert Tressell. Classics thrillers from Le Carre, Follet, and so many more.

No. I wrote a novel about 30 years ago. A couple of family members read it and enjoyed it. I thought it was ok, but I didn’t have confidence in myself or my writing. I gave it to my best friend at the time, he never bothered to read it. Then recently I started writing again, and a teacher who worked with us read it, and kept asking for the next chapter- suddenly I had an audience that wanted to read what I was writing, and the floodgates kinda opened. So thanks Ronan!

Under the Bridge
A body is unearthed close to the docks. Ann, a cub reporter, is assigned to what should be a routine story. Her friend Vinny struggles to overcome his demons and uncover the secrets connecting a Liverpool/Irish gang, a vanished father, and the police war in Ireland. Despite threats, together they unravel the threads of police corruption, crime, and murder.

The Morning After
One day 35 years apart changes everything. 1981 in Liverpool, riots and unemployment set the scene for a group of friends. A robbery, a watch, and an old man’s death changes their lives forever. 2016 – Brexit and austerity dominate the news. A car crash and a drug overdose force Vinny to face a secret that has haunted him since childhood.

Fire Next Time
The world is burning. Liverpool FC are heading for their first title in 30 years and Charlie Dwyer is happy, until his world is turned upside down by the death of a climate protester in police custody. Charlie is drawn into climate rebellion unaware the most immediate danger to his life is not global warming.

The Wicklow Boys
Where the story begins… The last will be first will be last and the last will be first. Chronologically, the first in the series, the last to be written. Vinny searches for the truth about his father and finds a story of ambush, betrayal, and flight. In Ireland, Vinny discovers that all history is a matter of life and death. 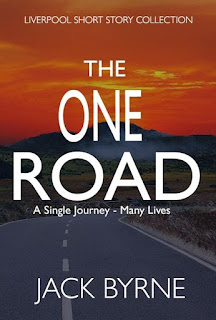 Click here to get your free prequel to the series:   https://bit.ly/TMAjackbyrne