and her alter ego, Suzanne Bolden! 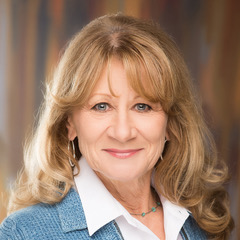 Brenda Felber recently returned to her roots in central Wisconsin, after living away for over forty years. Brenda loves travel, especially road trips. In her Pameroy Mystery Series for middle graders, she takes young readers along with imagineer Lillia Pameroy to all fifty states! In each story threads of local history and twists of paranormal weave a mystery that encourages curiosity in young readers. Under the pen name, Suzanne Bolden, Brenda writes cozy mystery series for adults. Suzanne Bolden’s protagonists in the first two series share Brenda’s life-long interests of photography and sewing along with a curious mind.

Under my real name Brenda Felber, I write a middle-grade mystery series. Pameroy Mysteries take young readers on a journey to every state in the US…or will eventually! They experience history through Lillia’s paranormal abilities. Book #11 will be published later this year and features the Hoover Dam area in Nevada.

As Suzanne Bolden, I write cozy mysteries. The Parker Photography Series book #4 will be published February 25th. A new series, Sew-Sew Murder Mystery will be publishing next year.

I’ve never been asked this before, and in thinking about my answer, I was surprised how much they do! My reading habits have changed over the years, but Dean Koontz was a favorite, and thus the paranormal element in my middle-grade series. I’ve always loved the big sweeping epic historical fiction like those of Edward Rutherford and James Michener. Again, I see how that reflects in my Pameroy series. I want young readers to have an appreciation for whatever area of the world they live in, including its history, both big and small.

Lastly…mysteries! A constant reading choice of mine. From Sue Grafton’s alphabet series to Mary Higgins Clark, the suspense and thrill of a good mystery makes for a book I can’t put down. In writing my cozy mysteries I wanted to create books that readers would reach for and settle in to enjoy. I loved the Murder She Wrote television series and besides reading current mystery authors, I’m binge watching the TV series!

I love writing the characters that pop off the page. The ones with some snark and personality to them. The ones that would exhaust the reader if they were the main protagonist, but are fun to write, putting words in their mouths and giving them a unique physicality.

For myself, I’d have to say it’s my imagination that most characters come out of. But that imagination incorporates photographs for inspiration and also characteristics of people I’ve known or encountered in real life. A character rarely shows up full blown, it’s a layering of voice, look, dress, background, etc.

For years I’ve kept what I call a capture journal. It’s filled with brief notes of things that pass by or through my life. Perhaps a turn of phrase, a unique reaction, or a hairstyle or dress detail that will make a future character loveable and memorable.

Do your characters come before or after you plot?

In my cozy series most are established characters in the village’s setting. They fit a need in the plot as the series is written in first person. I need gossips, police, and nosy neighbors waiting to contribute to the story as the plot develops. New characters will show up to fit the plot i.e. murder victim, suspects. However, in the Pameroy Mystery series there very few continuing characters so new characters are being continually developed, but even here I believe the plot comes first. Except for any real-life historical characters I choose to use, such as Samuel Clemens aka Mark Twain.

The middle-grade series so-called villains are quite different than the murderer in a cozy mystery. Lillia Pameroy has encountered bad guys from one hundred years ago, like a Deadwood miner from the past who redeems and humanizes himself by leading Lillia to where her friend is lost in a mine shaft. In one of the stories the villain is a pirate queen and is humanized in a surprising way that I can’t give away, but it takes Lillia to make that happen. In the cozy mystery series, the villain appears unexpectedly as the story comes to a conclusion. Often the murderers are humanized to the reader because they are part of the story world the reader is in. Readers are surprised by the unexpected passion of a woman scorned, or the average Joe hiding a secret to kill for. 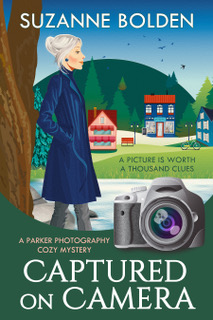 Everything is not harmonious in the Village of Harmony!

The small midwestern community of Harmony is excited about the upcoming nuptials of its matriarch Eleanor Harmony, who is marrying for the fourth time. Jackie Parker, a not-ready-to-retire baby boomer, has arrived to help her great-aunt Ruth photograph the wedding.

But the event is called off when the body of the groom is discovered! Jackie and her friend Wanda stumble upon the scene of his tragic car accident. Jackie instinctively photographs the crash scene, not realizing the pictures will be instrumental in proving what really happened to Eleanor’s fiancé in the dark of night on that lonely road.

With the wedding called off, Jackie prepares to return to Chicago, but instead finds herself staying in Harmony as she begins to suspect the cause of Paul’s death isn’t what it first appeared to be. Her natural curiosity pairs with the police investigation as she follows clues to reveal the truth!

Hugging the banks of the Wisconsin River and rising up into wooded hills and bluffs, the community of Harmony welcomes you! Be whisked away on a fun cozy mystery escape in every book in the series. 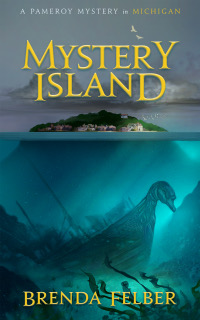 Twelve-year-old Lillia Pameroy senses the mysterious pull of Mackinac Island as she sails toward it on a ferry. An elderly driver waits at the pier with a horse-drawn carriage to transport Lillia, her little brother Charlie, and Grauntie Nora to their summer cottage. Only this cottage is a huge three-story mansion!

Sounds coming from the third-floor lead to the discovery of a child’s playroom. Will clues from disappearing sunglasses and life-size portraits, to a message in a bottle, help Lillia discover what the spirit of the girl in the attic wants?

With the arrival of a violent storm, the island is shut down and shipwrecks at the bottom of the lake soon become part of the story of this magically mysterious place.