IN LOVE WITH THE OTHER MAN

Released and published by Authorhouse!

The books will be available worldwide in digital and print across all platforms! 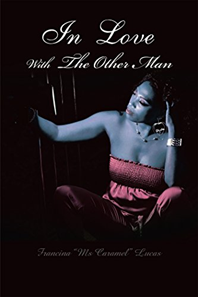 This is the story of the lives of four ladies: Denise, Keisha, Liz, and Tonya. Denise is living the most normal life she possible can with her husband, Eric, the man she loves and whom she will never leave. Keisha, a real estate agent, enjoys the single life until she meets a man named Robert, who is a handsome and rich bachelor. Keisha is very independent, living her life and doing her own thing; no man is going to change her lifestyle . . . or will he? Liz is married with three children, but she is still lonely because her husband, Mr. Frank, is never home. Liz meets a young man named Terrence and falls deeply in love with him. What will Liz do? Is she in love with the other man? Tonya does anything with anyone and lives the single life. Tonya doesn't care about herself, her five-year-old child, or her mother, even though she is still living at her mother's home. Watch out for Tonya; she may be with your man . . . or your woman.

NOW MADE INTO A FEATURE FILM 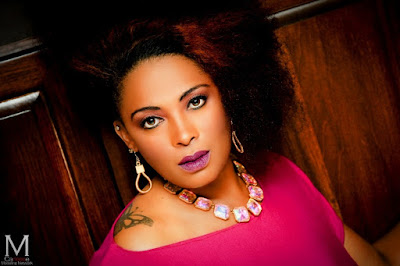 Caramel Lucas is knowledgeable in the business and entertainment industry. She has been in both industries for over 15 years. Caramel has uplifted so many people with her outgoing personality. Caramel is a motivated entrepreneur and continues to reach for the stars. Caramel is a Podcaster Host with her own show called Keepin It Real w/Caramel "As We Say 100" on Anchor.fm which has a very wide digital platform. She interviews entrepreneurs who wants to be heard and give her listeners inspirational and motivational messages as well as give the entrepreneurs a chance to let the world know the impact they are making in the world. Therefore, Caramel writes her own newsletter with Substack called Keepin It Real w/Caramel. This gives Caramel a chance to be creative in her writing. This gives the readers opportunity to relate to the articles and give the readers inspiration. Caramel’s articles have the scenario, the truth, and the conclusion with an inspirational poem at the end of each article. Caramel has been writing for a long time ever since she was 5 years old.

In 2018, Caramel became a Published Poet with Eber & Wein Publishing and Poetry Nation. She was published in the Upon Arrival Edition and Quarantine Edition. She received a plaque for both and became one of the best poets in 2019 & 2020.  As Caramel keeps pushing her career, she decided to continue her education at IAP Career College and became a Keynote Motivational Speaker. Caramel speaks about Relationship, Life Experiences, Online Dating, Parenting & Motivation.  In 2013, Caramel became a Published Author and published a novel called "In Love With The Other Man with Authorhouse and became a best seller. Caramel has written, produced and directed her own movie of the novel.

Caramel does not stop there she furthers her career and made her own perfume fragrance with Waft called " Taste of Caramel."  With Caramel’s outgoing and funny personality Caramel does Standup Comedy. Caramel does clean and adult comedy, which she is hilarious at both.  Caramel has performed at many comedy clubs, fashion shows, etc. She also became a member of Comedy Network Live (thenativesociety.com) and Entertainers Worldwide.  Caramel is a member of the National Association of Professional Women (NAPW), Notary Association, IAPO (International Association of Professional Motivational Speakers) and a member of the American Legion since 1997 and still active.

Caramel has recently signed with Talent USA INC and she have graduated from several modeling school such as John Casablanca, Vogue Modeling Agency, Denise Carol Modeling and Talent Agency.   In her modeling career, she has done multiple fashion shows such as Southern Women at the Prime Osborne in Jacksonville, Florida, New Day in Newark with major designers, hairstyles, and models all over the world.  She has modeled for Careese Modeling Network in North Carolina with Celebrity Fashion Designers, The Look 42 and Lauren DeVaughn. Caramel has won beauty pageants at the "Kings and Queens Beauty Pageant" and was crowned Queen. She has been in many music videos, magazines hardcopy/online and have won many modeling competitions.  She has directed many music videos & commercials. Caramel never stops in her acting career she has been in many acting gigs such as an extra "News Reporter" on the movie "Recount" with John Travolta on HBO Productions, Room 236, The Kupid Killer, The Gathering, Dead Con, Logistics, etc. She has her IMDB credits for her acting. Meanwhile, she had a great opportunity to auditions for the TV shows "She Got The Look," "Bad Girls Club" and “America's Got Talent” which they all were great experiences. Caramel was in two National Commercials an extra for Sports Authority and Dick Sporting Goods.

In 2010 Caramel was Ms On Air Personality for Hot1079, myblockradio.net &myblocktv.net out of Charlotte, NC (704djs). She had her own shows "Grown and Sexy" every Sunday and on Tuesday and Thursday "Silk Music."  Caramel has done mixtapes and hosted many events. Caramel has hosted a reality TV Shows called Who Smarter Than a Hotdog, Drinking With Comedians, Talking With Caramel, The Morning Show & Dota2clan.com. Caramel has volunteered her time to different events and still does. In her adventures Caramel has done business and interviewed many celebrities.  Caramel loves her journey, and she will continue moving forward.