Welcome to author and podcaster LeAnna Shields!  I had the pleasure of appearing on her podcast a couple months ago and we had a great time!  I've added the link for our chat at the bottom of the page! From an early age LeAnna Shields had a love for creating characters. In high school she used to spend her free time writing fanfiction, until one day when one of her friends suggested she write her own characters. After trying various styles and genres she finally found cozy mysteries. Now she enjoys blending the sci-fi and fantasy genres into her mysteries. Facebook group:  https://www.facebook.com/groups/LeAnnashields  Twitter: (not really active and need to do better at that lol)  https://twitter.com/inkwielder website:  www.leannashieldsauthor.com Pinterest:  www.pinterest.com/leannas1/_saved/ Amazon author page:  https://www.amazon.com/LeAnna-Shields/e/B005D74GYQ What is your latest release? Well Diane. My latest release is the first in my Mystic Ranch Mysteries
Post a Comment
Read more

Welcome back to Judy Penz Sheluk who has released a box set of her Marketville Mysteries! A former journalist and magazine editor, Judy Penz Sheluk is the author of two mystery series: the Glass Dolphin Mysteries and the Marketville Mysteries. Her short crime fiction appears in several collections, including The Best Laid Plans and Heartbreaks & Half-truths , which she also edited. Judy is a member of Sisters in Crime, International Thriller Writers, the Short Mystery Fiction Society, and Crime Writers of Canada, where she serves as Chair on the Board of Directors. She splits her time between Alliston and Goulais River, Ontario. Do your characters come before or after your plot? My books are definitely character-driven, so I’d have to say that while plot is important (after all, without a plot, there’s no story), my characters are the ones that steer the direction. How do you choose a villain and how do you make them human? I never pre-plan the villain, they just sort
1 comment
Read more

Myron Edwards introduces Scylla - The Revenge and Mistress of the Rock

Welcome to author Myron Edwards! Myron was born in 1952 in Orsett, Essex, England, as the youngest son to Welsh parents, Iris and Bill Edwards. Upon leaving school, he went into the travel industry. He travelled the world, working in travel agencies, as a tour operator, and for airlines for some 30 years. In 1976, Myron began freelance writing for the BBC, radio and television. His credits include The Two Ronnies, Week Endings, and The News Huddlines. In 1980, he joined JWT advertising, as a copywriter, writing his first TV commercial for dog food inside 10 days. Always artistic and inventive, he created Tubewalking in 1987, a new map concept, to help people get around London easier on foot, which still operates today. In 1990, he married Niki, whose family background is Greek Cypriot. On a family trip to Cyprus and while visiting Aphrodite’s Rock for the first time, the beginnings of his passion to write the story of Mistress of the Rock came to fruition. Moving his family in 20
Post a Comment
Read more

J. Q.  Rose would love to give away an eBook copy of   Arranging a Dream  to a lucky commenter!  Simply leave a message below!     Whether the story is fiction or non-fiction, J.Q. Rose is “focused on story.” She offers readers chills, giggles and quirky characters woven within the pages of her mystery novels. Her published mysteries are Deadly Undertaking, Terror on Sunshine Boulevard and Dangerous Sanctuary released by Books We Love Publishing. Using her storytelling skills, she provides entertainment and information with articles featured in books, magazines, newspapers, and online magazines. J.Q. taught elementary school for several years and never lost the love for teaching passed down from her teacher grandmother and mother. She satisfies that aspect of her character by presenting workshops on Writing Your Life Story. Based on the lessons taught in her workshops, JQ created a book, Your Words, Your Life Story: a Journal for Sharing Memories  to help life storytellers w
2 comments
Read more 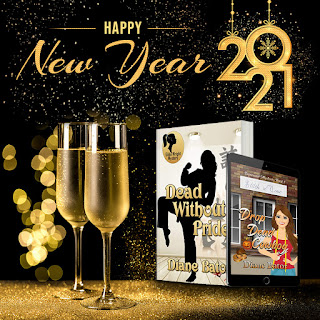 Love 'em or hate 'em there's something to be said for setting goals for a new year. We've all done it. Vowed to lose weight, change jobs, learn new things, be better people, eat healthier, exercise more...blah, blah, blah. What generally ends up happening is that we lose interest in those new ideas by Valentine's Day in favor of chocolate or give up on going to the gym because of the bad weather in January and February. Kudos to those who can follow through where most of us look out the window and decide to forget it. We'll start again after Easter. Back when I was a karate student years ago, we set three goals for the year.  a karate goal a personal goal a fitness goal We would write them down on a slip of paper the sensei would keep in his office and get them back the next year when we sat down to write our new goals. Sometimes we accomplished them. Sometimes we achieved them but not in ways we expected. One of the things I've discovered is that my goals a
Post a Comment
Read more

Welcome to debut author Teisha N Bryant!!  Tiesha N. Bryant is an author, master level social worker and founder/CEO of We Have A Purpose Inc. (WHAP), a non-profit organization that provides prevention and intervention services to at-risk families. She’s a native of Pittsview, Alabama. Bryant is a graduate of Florida A&M University and Troy University, where she received her bachelor’s degree in 2014 and master’s degree in 2017, both in social work. Bryant has facilitated parenting classes and served at-risk families for over 10 years. In her spare time, she enjoys spending time with family, which includes husband Tjai and daughter Tanaya.   www.tieshanbryant.com Twitter & IG: tieshanbryant Facebook: Tiesha Bryant Amazon/ Tiesha N Bryant   What is your latest release? Imperfectly Perfect: Three Steps on the Parenthood Journey What are you working on now? Creating a card game for families & a memoir. Was there a person who encouraged you to write? No,
Post a Comment
Read more
More posts