Showing posts from June, 2011
Show all

June 24, 2011
It's true! It's been an interesting week. I got the offer of representation from her on Sunday morning then sent off the contract late this afternoon. In the meantime, I'd talked to a couple of friends for guidance as far as the contract and what to watch out for and . . . I signed. Not that this week was an easy path. I went against the advice of a couple people and decided to dive in and take a chance. The agent I signed with is Dawn Dowdle of Blue Ridge Literary Agency. The funny part is, I knew her reader and intern Joy long before I knew anything about Dawn. Joy and I were part of an online critique group for several months before she joined Dawn. Coincidentally, I had asked Joy for an edit of The Bookstore Lady before I'd even sent the query! Dawn had seen both versions and decided she liked what I was doing with it. To Joy and Dawn: I'm looking forward to working with you both. To my Devil's Advocates: Thank you for your love, strength and suppor
2 comments
Read more 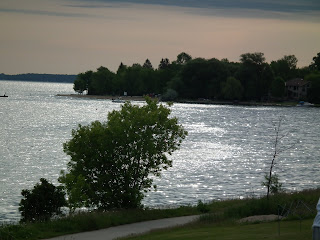 This past Saturday marked the end of the rowing season for my son. We were in Barrie for, what looked like a rainy day of racing. We arrived at 7:30am to clouds and wind. The water was choppy, but not as bad as they had rowed on all week in practice. Nick was nervous, but ready to race. The picture above, was taken an hour before any racers had to be on the lake. The first race for Nick was a four-man. The crew pushed hard and placed third. They are a good, strong team and I hope they'll be able to competer together again next year. The second race for him, was in a two-man scull. Two rowers, two oars each. It was their second time in a two-man, their first time in a race boat. They did their best and, while not placing, they didn't flip which is apparently very easy to do in a race boat with strong winds. His third race was after lunch when the brief rain shower we got subsided and the lake was calm. This was a Senior Boys 8 (and Nick who is still a junior). It was far
Post a Comment
Read more

June 03, 2011
Sometimes, you just need to do something completely for yourself. Today, for example, I'm currently lounging (yes, lounging) on the front porch in the afterglow of a great massage. The massage therapist I see is brutal and has no qualms with both causing and ending my pain. Since I've already spent the better part of the last two months with hip and knee pain due to a fall last October, the extra pain I endured to rid myself of the "knots" and misalignment is nothing. This morning, it was an early run to Walmart then to the chiropractor before I met a friend for lunch. I love meeting friends to hang out, catch up and spend time away from the "real world" for a while. Most weeks, I don't do that enough. If given the opportunity, I'll glue my butt to the chair and edit or live someone else's live vicariously in a novel I'm writing. As writers, we can often overlook the fact that we not only need to create great stories and polish our gramma
1 comment
Read more
More posts