Showing posts from September, 2021
Show all

MONEY PLAIN AND SIMPLE What the Institutions and the Elite Don't Want You to Know A STUNNING DEBUT BY STEVEN J. SPENCE   Released and published by Lucid House Publishing! The book is available worldwide in paperback and ebook!   A straightforward guide to understanding the global monetary system and why the shine is off the U.S. dollar's position as the Gold Standard of world currencies.  Steven J. Spence , a military veteran and corporate employee-turned-entrepreneur, lays out a concise history of the U.S. monetary system. He's candid about his own life lessons and then shares how he came to discover the hard realities revealed in this informative read. The author explains in layperson's terms how the institutions behind money work and how it affects you. He also offers timely insight into what's going on right now from crypto currency to inflation and hyper-inflation and steps you should consider to secure your own financial future. Amazon.com: Money P
Post a Comment
Read more

WAY OF THE ARGOSI The Newest Young Adult Fantasy By Critically Acclaimed Author Sebastien de Castell   THE ALCHEMIST meets THE THREE MUSKETEERS- with card tricks. A brilliant origin story of adventure, wit and philosophy to enrapture devotees as well as newcomers to the SPELLSLINGER series. A merciless band of mages murdered her parents, massacred her tribe and branded her with mystical sigils that left her a reviled outcast. They should have killed her instead.   Stealing, swindling, and gambling with her own life just to survive, Ferius will risk anything to avenge herself on the zealous young mage who haunts her every waking hour. But then she meets the incomparable Durral Brown, a wandering philosopher gifted in the arts of violence who instead overcomes his opponents with shrewdness and compassion. Does this charismatic and infuriating man hold the key to defeating her enemies, or will he lead her down a path that will destroy her very soul?   Through this outstanding
Post a Comment
Read more 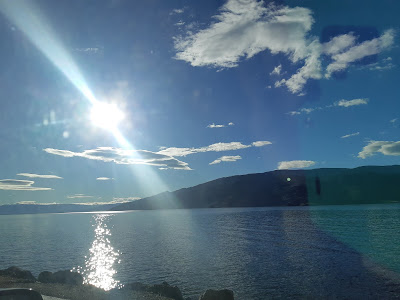 I'm taking a much needed vacation until September 25!  I will return September 26 with a new author and more interesting books!  Please be sure to download Dead Without Honor for FREE and enjoy!  FREE  BWL PUBLISHING NOVEL DOWNLOAD FOR SEPTEMBER DEAD WITHOUT HONOR BY DIANE BATOR Dead Without Honor Gilda Wright Mysteries, Book 1 The scroll of the Four Possessions of the Samurai holds the key to a deadly mystery… Gilda Wright thinks she’s landed a dream job as the receptionist at a karate school. Her boss, Sensei Mick Williams, is almost as demanding as he is sexy, but Gilda is inspired by the strength and courage of the people around her. When Gilda finds the body of one of the instructors in the dojo with a sword through his chest, she must find her own inner strength and fast! The police regard everyone in the school as suspects, including her boss, and it’s up to Gilda to find out what really happened. She follows the clues of the missing scroll of the Four Possessions of the Sam
Post a Comment
Read more

Welcome to author Mandy Eve Barnett! THE COMMODORE’S GIFT   Fighting against society’s feminine expectations, Owena’s excellent strategic and swordsmanship skills come to the fore after an attack and imprisonment of villagers. Running for their lives, a small group escape persecution but find new dangers ahead. Propelled into the world of rebel forces, she joins the battle against the Buldrick Empire. After seeing the failings of the rebel encampment, she makes changes – some well received, others not. Her unlikely champion is a giant of a man, who is feared by all. Their mutual respect and his acceptance of her as an equal propels them to organize a win or die fight to restore the rightful King to the throne.   Amazon.com   Amazon.ca     THE TWESOME LOOP An eighteenth century picturesque Italian Villa holds a hidden past of a pact between two lovers to live forever. They believe their deadly secret will die with them but in their last moments a vengeful spirit follows them
1 comment
Read more

Featuring V.S. Holmes and book 4 of Nel Bently Books Without Earth, Nel has nowhere left to run.   The fourth book in V. S. Holmes’ archaeological sci-fi about where we come from and where we’re going arrives in stores on May 8th, 2021!   Hot-tempered Dr. Nel Bently is not cut out to save the world. After her last project ended in fire and death, Nel must put aside her distrust of just about everyone and embark on a lo-fi search for a deadly radio transmission.   Earth’s survivors are torn between the austere superpower of IDH and the high-tech grassroots Los Pobledores. At every turn more allies go missing and Nel questions where everyone’s true loyalties lie--and on which side Lin will fall when a line is finally drawn.   They need experts. They need firepower. But it looks like the only thing standing between Earth and devastation is Nel: archaeologist, asshole, and functioning alcoholic with anger issues. V. S. Holmes Title: HERETICS ISBN: 978-1-949693-67-6, 9
Post a Comment
Read more

Welcome to fellow BWL Publishing author, Diane Scott Lewis! Diane Parkinson (Diane Scott Lewis) grew up near San Francisco, joined the Navy at nineteen, married in Greece and raised two sons in Puerto Rico, California, and Guam. She's a member of the Historical Novel Society and wrote book reviews for their magazine. She’s always loved travel and history and has had several historical novels published. Her most recent release is the Oyster War Novel set in the 1950s, with a marriage in turmoil and a possible murder: Ghost Point. Diane lives with her husband and one naughty dog in western Pennsylvania. Website: http://dianescottlewis.org FB Fan Page: https://www.facebook.com/Diane-Scott-Lewis-277223019312535/ Goodreads: https://www.goodreads.com/author/show/3999998.Diane_Scott_Lewis Instagram: https://www.instagram.com/dhparkin/ Twitter: https://twitter.com/DSLewisHF What was the most difficult section/piece you ever wrote? What made it difficult? The Battle of Y
Post a Comment
Read more

Welcome to fanatical surfer and climate change fiction author, Nikki Lewen!                               Nikki Lewen was a secretive writer. Something she did when alone. Something kept private. It wasn’t until the publication of her first book in the  Three Sisters Trilogy  that she exposed a hidden aptitude for the written word. With that exposure, came accolades. She received the Readers’ Favorite 5 Stars Award and (Pre-Covid) was featured at the National John Steinbeck Center—to a sold-out crowd! Besides a fondness for writing, Nikki maintains an active lifestyle and is usually found outdoors—if you know when and where to look.   She splits her time living between two remote and distinctively different locations. Neither of which make staying connected easy. In one, she resides in a small cabin nestled among the redwoods of Coastal California. This is where her trilogy was born and brought to life. When not among the trees and giant ferns, Nikki can be found south of the U
Post a Comment
Read more
More posts