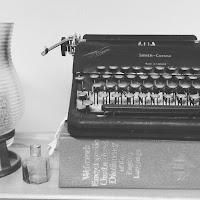 Welcome back to another episode of the Round Robin Blog Fest! Pour a cuppa coffee, sit back and check out what all of our amazing authors have to say. This month's question posed by our illustrious leader is:

"Has an event in your life, or one of someone you know, or one covered in the news, ever worked its way into one of your stories?"

Definitely! As a writer, I'm not unaffected by the world around me or the things that happen in the media. I love the phrase "truth is stranger than fiction." Many times writers may take ideas and events from reality and put them into their stories. Some of these may even be called unbelievable by editors even though the writer may have actually lived through them or know someone who did. I have a few of those stories, but haven't found the right book idea for them just yet.

My Gilda Wright Mysteries has some basis in fact. I trained in karate for several years while I worked at a martial arts school. While nobody died on my watch, writing those books was a good way to learn more about the martial arts and vent without hurting anyone! I received my blue belt in goju-ryu karate before I had to quit for various reasons, but all three of my sons are black belts. My oldest son has a fascination with swords and Japanese sword fighting just like one of my main characters. In fact, my son was part of my inspiration for Kane Garrick. Long hair and all!

I started to write The Mystery Lady (Wild Blue Mysteries) with someone else I knew in mind and putting myself in her shoes. Writing Lucy Stephens became even more difficult when I ended up going through my own separation and had to find a way to juggle three kids, a full-time job, and a writing career. It was one of those situations where writing the book helped me to deal with things in the moment.

In my newest book, All That Sparkles, Laken Miller has separated from her husband, a B-list movie star, and has dealt with a major health crisis. Her whole life has fallen apart and she has to use her resources to start over after her career as a model came to an end after her diagnosis. She needs to reinvent herself so she focuses her energy, fashion sense, and connections in the industry to help with her sister's vintage clothing boutique. She also ends up juggling her busy days at the store with taking care of a puppy she finds and helping to find a murderer when a woman drops dead in front of her in Vintage Sage. Then, of course, there's a couple of handsome men in the picture...

Okay, so I've never been a model except when my friend took my headshots, but I can totally relate to the health crisis. I've had auto-immune issues for years and know exactly what it's like to have no energy and want to crawl into a cave both because of an illness and because of a rough break up.

Thanks for reading. I'm glad to have you join us! Click on the names below to see what the others have to say: Connie Vines Victoria Chatham Skye Taylor
Judith Copek Dr. Bob Rich Beverley Bateman Margaret FielandAnne Stenhouse
A.J. Maguire  Diane Bator Fiona McGier Rhobin L Courtright