Janet Walters talks about Children of Fyre and Forgotten Dreams 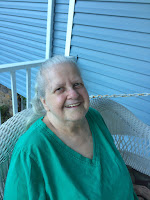 Janet Lane Walters has been a published writer for 50 years. She began with short stories and as that market dried up, she turned to novels. She has lost track of how many books she has written but there are fifty plus. She has been married sixty plus years. Her husband's a retired psychiatrist who says he has no thought of curing her obsession with writing. She is also a nurse, long retired. Janet has a BA in English and a BS in Nursing. She has four children. The youngest is an adopted biracial girl. Her grandchildren number 7. Four are black and three are Chinese. She bills herself as an eclectic writer since she writes romance in contemporary, with historical notes, paranormal, and fantasy. She has also written non-fiction and worked as a ghost writer. She writes cozy mysteries and YA fantasy. She has won several awards for her writing and has also finaled in a number of contests. Most days will find her in her recliner with a pen and paper writing drafts of her story or at the computer typing them.

Tell us about your life outside of writing.
Actually, I have a rather boring life outside of writing. I talk to my grandchildren on the phone and occasionally see the ones who live nearby. They have very busy lives. I also care for my semi-invalid husband and that takes much of my time. I read a lot and spend time with my writing friends in a very active critique group. I’ll admit I’m addicted to crime shows and watch them but I don’t hit the TV until after 8 PM. Soon I’ll be doing Christmas stockings for fourteen people. That goes on for months when I find something interesting. I’m becoming an excellent chicken taco maker. Also in a month plus I’ll be baking Christmas cookies. Occasionally I do house cleaning but that’s only when I can’t find the words to create stories.

Do you have a work in progress?
I always have a work in progress. When I’m working on the final edits of the story I am currently working on, I’ve begun planning the next one. Right now the work in progress is Lines of Fire Challenged, the second in the series. Since it’s due by the end of the month, I’m doing the final re-write and working hard on finishing it. When that’s finished, I’ll be working on a book in the dream series – Virgo and Cancer but it’s still in the I know the hero and heroine but I have no idea about their adventure.

Was there a person who encouraged you to write?
I’ve dabbled with writing for most of my life. My father enjoyed books and was a self-educated man. When I first published, he touted my books to everyone he knew and some he didn’t know, like the nurses at the hospital when he was ill. I was published in the seventies and during the eighties put writing aside to work as a nurse. I met Jane Toombs at a meeting and she sold my return to writing book to her editor. She and I encouraged each other over the years and I do miss her. At present I have a great critique group. We encourage each other. My publisher Jude has become a friend and she also is an encourager. There is my husband, a psychiatrist who thinks I have an obsession he doesn’t want to cure. My children are proud of me also. The girls read many of the books but not the boys.

Five years from now, where do you see yourself as a writer?
In five years, I will be 88. I plan to still be writing and hopefully sharing stories with people. My goal is to be at my computer typing stories until the end.

What are you working on now?
As I said earlier, I’m working on a fantasy romance, the second in a trilogy. Lines of Fire Challenged. The culture of this land uses the duel to solve quarrels and for other purposes. The heroine, Lasara is a duelist and a member of the Defenders. The hero Jens is a Desert Rider and also a duelist. They both can read the lines of fire on people’s skin and use them when they duel. They learn about Petan, the villain, a Defender of a mysterious background. He has gathered a band of renegades. He is able to absorb power from the lines of fire of young women. He and his renegades steal girls from the farms and also the clans of the Riders. Part of the challenge is defeating him. Another part is convincing Jens a heart bond really exists. 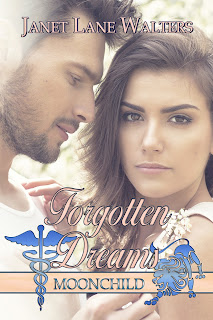 Chad Morgan is tired of his Hollywood life and his role as action hero Storm. He's ignoring the contracts for two more movies in the franchise. He wants to take a different direction and make a movie of his friend's book. He has bought the rights. But his agent and the studio want more Storm. His personal life is also bouncing from one woman to another. His thoughts have turned to Emma Grassi, the woman he left behind in his quest for fame. He decides to return to Fern Lake and speak to his friend and renew his friendship with Emma. 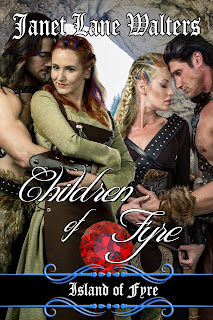 Emma is now a nurse practitioner sharing an office with her doctor friend. She has waited for Chad to return and has decided this isn't going to happen. She's decided to confront him and put an end to the dream she has remembered and he has forgotten. Life takes a twist when Chad 's auto accident on the outskirts of Fern Lake bring them together. She wants out. He wants in.

Children of Fyre
In this return to the Island of Fyre, each of the heros and heroines of the three previous books have children. Lorton is the youngest son of the Wizards of Fyre and he has bonded with the yellow dragon.
The dragon through the magic of the stones has been rejuvenated and is now green. Dragon sends Lorton to travel to where the Dragons of Fyre are raised. There he meets Arkon son of the hero and heroine of the Dragons of Fyre.
There have been four eggs laid and there must be two young men and two young women found to bond with them. On the island where the evil wizards were exiled, Cerene has grown up as little more than a slave. She can use all the fyrestones unlike her father. She learns about the kidnapping of Riara, daughter of the hero and heroine of the Temple of Fyre and vows to save her.
The four must unite with their dragons and finally destroy the evil.

Where to buy Janet's books:
http://bookswelove.net/authors/walters-janet-lane-romance-fantasy-suspense-medical/