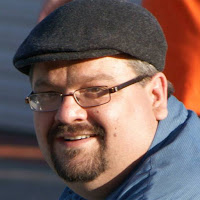 Weston Kincade is a bestselling writer of supernatural mystery and horror novels that stretch the boundaries of imagination, and often genres. His current series include the A Life of Death trilogy and the Priors. Weston's short stories have been published in Alucard Press' "50 Shades of Slay," Kevin J. Kennedy's bestselling seasonal anthologies, and others. He is a member of the Horror Writers Association (HWA) and helps invest in future writers while teaching. In his spare time Weston enjoys spending time with his family and friends, fishing, and playing board and roleplaying games like D&D. 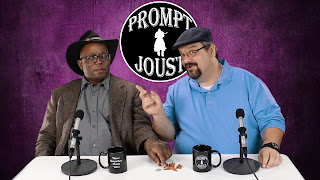 Well, I'm a PK-8 Computer Science teacher by day. Nights, weekends, and over the summer, I write, participate in Story Medics' YouTube shows Prompt Joust and Story Glimpse, do book signings and lectures, coach writers, edit, and help out with Cleveland ConCoction's Authors Alley, the lit side of the convention. I began it 6 or 7 years ago. Since then, Melissa Stasko took over and the convention has continued to grow as a result. In my spare time I enjoy movies, shows, camping, fishing, video games and roleplaying, like D&D. To put it simply, I stay busy.

Do you have a work in progress?
Yes, I'm actually finishing a prequel to my Life of Death trilogy. I hope to have it finished by the end of the year. The trilogy was received well, so I wanted to give fans a bit more to enjoy in Alex's world. I've written short stories in the Life of Death world that have been published in anthologies, but I wanted to give readers something more after the trilogy.  While Alex and Paige are the stars of the trilogy, his mysteriously absent father and amnesiatic grandfather are the stars of this one. I think it holds answers to a few mysteries readers were intrigued by.

Was there a person who encouraged you to write?
Well, not really. My father encouraged me to read, bringing home fantasy books that got me hooked, like Robert Jordan's Wheel of Time series. However, I never knew any writers growing up. It was just something I had to get out or go insane. It gets quite claustrophobic if I don't get the voices out of my head now and again.

Five years from now, where do you see yourself as a writer?
In less than 5 years, my plan is to become a full-time writer. Book sales and finances will dictate whether that's possible. Until then, I am shooting to get out a book a year.

What are you working on now?
In addition to the Life of Death prequel, I'm working on a short story anthology, a few other novels, and I host two YouTube shows under the name Story Medics: Prompt Joust and Story Glimpse. Prompt Joust is a storytelling competition where authors match wits, whereas Story Glimpse uses short stories I've written to highlight best writing practices and offer advice to aspiring authors. 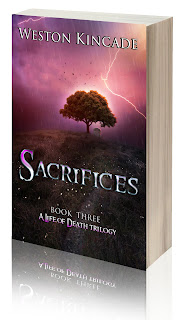 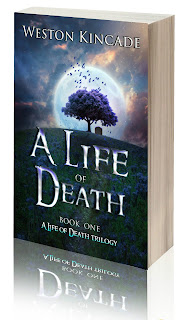 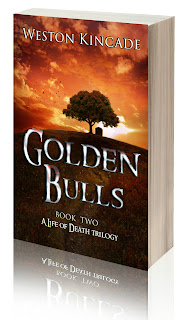