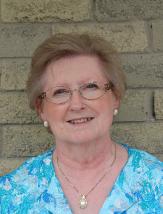 Born on an Ontario dairy farm with no siblings or neighbour children for playmates, Maggie Petru discovered story telling (no, NOT fibbing) before she entered public school. By the time she outgrew paper dolls, she had learned to write. Writing became her hobby and preserved her sanity from that time onwards.

She attended Toronto Teachers’ College directly out of Gr. 13 and spent eight years between full time and supply teaching. By the time her own three children had all entered school full time she wanted to go back to work, but definitely not as a teacher. She’d been writing during their afternoon naps and now had a firm grip on how to handle her language. She went off to Sheridan College for the journalism training which led to 30 years of reporting for Ontario daily and weekly newspapers and the Canadian Press wire service, as well as awards for both agricultural writing and investigative reporting.

In her last years at a small weekly, she began dividing her time between reporting and taking notes for deaf students at the University of Toronto. During those same years she began dusting off story ideas and hooked up with Guelph’s Sun Dragon Press to produce three novels.
After a brief attempt at retirement, she discovered Sheridan College was offering degree courses with the U of T. The Honours Bachelor of Creative Writing and Publishing program seemed a perfect fit and offered the potential to expand her knowledge of her chosen third career. One year almost down. Only three more to go.

1. At the moment my life has gone haywire. Last year I discovered Sheridan College was offering an Honours BA in Creative Writing and Publishing and I enrolled. As a retired journalist with three published novels, how hard could it be? Well, let me tell you, it involves topics I never even dreamed of -  such as writing video games and movie scripts, in addition to research essays and dissecting “literary works” word by word. And this is only year one. There’s 3 more to go. It consumes so many hours I have no time for my own writing and all those other hobbies I enjoy - knitting, sewing, crocheting, quilting, smocking, embroidery - have completely fallen by the wayside. I may not even get a sweater done for my youngest great-granddaughter’s second birthday unless I cut back to part time. I love to travel too, but you can bet that’s not happening again any time soon. Even my cats are complaining they’re neglected when I shoo them off my lap to finish a piece of homework. I keep questioning why I’m doing this but I know I’m simply too stubborn to let it beat me. If only everything didn’t have to be done on a computer I’d have assignments finished in half the time.

2. I am actually working - sort of - on three books. One will eventually be a collection of short stories. That’s waaay down the road since I only have half a dozen of them so far.
A second book is half done and stalled. I’ve found my police/security source to help me with how money moves from a Canadian bank to the Caribbean and eventually to China but we haven’t sat down and really talked yet, so that book is also at least three or four years in the future.
The one that’s in revisions is getting hung up with my class work. I never expected working on my degree to entail as many hours of homework as it is turning out to be. Maybe this summer I’ll be able to clear my head enough to sit down and re-do all the sections that don’t suit me at the moment.

3. The only thing I consistently have difficulty with is adding emotion to my work. Anger, sure. Flows like water but other emotions take a lot of work. I now recognize the need for them, but I still struggle to add enough to keep my beta readers content. Never saw myself as a buttoned up person but I guess I must be since it wouldn’t naturally occur to me to cry or scream over things that apparently move others and apparently my heroines too, to such reactions.

4. Since I only write mysteries of some sort, research is usually a matter of coming up with a situation I can twist into a mystery. I expect my stories to be accurate so I have a couple of ex-cops in my circle of family and friends that I can turn to when I need authentic methodology. Since I hate technology, to date I have set my stories in the 1900s in order to avoid it. This is also my era so research is pretty much my own memories or a quick scan on Google to find a precise date, etc. That’s largely what’s holding up my current books. They’re both set since 2000 and that involves a bunch of stuff I’d prefer to avoid. Unfortunately, the thefts couldn’t have happened without the web and the internet so I’m stuck with this.

5. I love history and mystery. Romance gets an occasional nod but only by virtue of being part of something else, like a mystery. Favourite authors would fill your whole page, Anne Cleeves, Ian Rankin, Peter Robinson, Giles Blunt, Baldacci, Vince Flynn, Greg Isles, John Sanford, Jonathan Kellerman, Louise Penny, Michael Connelly, John Lescroat and more.

I have to confess that while I love the work of a lot of mystery writers, I wouldn’t call any of them particularly inspiring. On the other hand, I see a lesson from almost all of them. They have marked out a particular type of story - a setting, an era, a profession, something that is unique to their work and it’s taught me to look for something that will mark my writing as mine and only mine. Not sure I’ve found it yet, but I’m hunting.

6. I think the only person who hinted that I should keep writing was my Gr. 13 English teacher. She used to tease me about good stories - if only I could remember I was writing in English and stay away from French spellings. Unfortunately she also thought I’d be good at teaching so she badly missed the mark. 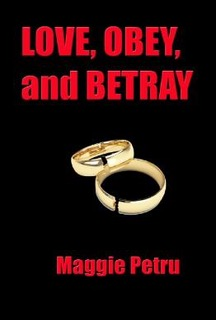 Vladymyr Horbatsky emigrated to Canada at the end of WWII in search of safety and security. Over the ensuing 20 years steady work and a Canadian family create his personal paradise. Then an American Defense Department consultant comes to work for his employer and Vlad discovers that the man was his wife’s boss in her days as an Allied spy. Memories of his childhood escape from Communism and enslavement by the Nazis flood back, alerting his Cossack instincts to the fact that paradise has just developed a huge viper. 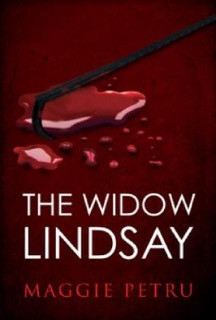 Newly widowed, her Manitoba home and family wrecked by WWI, Lydia Lindsay envisages a fresh beginning at ShadyBrae, the Ontario family farm she inherits from her soldier husband. One hundred fertile acres, a solid barn, a stone house verging on a mansion. What more could she want?

Until she encounters her brother-in-law, Jacob, who has no scruples about using murder, arson, and his own little daughter to coerce Lydia into a marriage that will get him the farm over which he has obsessed since childhood.

While her neighbour Roddy McCullough will risk both their reputations to protect Lydia, they need ShadyBrae's old ghost, Aunt Agnes, to cope with kidnapping.