Rick Collins is a retired English teacher from Simsbury Connecticut.  He has coached track and field, football, and basketball in Connecticut for the last 36 years.  He was named the Connecticut Track and Coach of the Year, New England/New York Region I Coach of the Year, and Finalist for the National Coach of the year in 2010.  His extensive background in the classroom and on the athletic field has given him insights to the joys and challenges of being a student athlete.  He lives in Simsbury with his wife, Betsy, and is the loving father of his daughter, Hannah, and his son, Sam.  He is also owned by two cats, Fitzgerald and Autumn.

My life outside of writing has been, up to recently, all about teaching middle school and elementary aged kids as well as coaching high school sports.  Almost all of my ideas for my books have had some genesis in my teaching or coaching.  For example, a friend of mine in high school and his mother and sister fled from domestic violence.  That was a poison that had to come out and it is reflected in my first book, It Emptied Us.  I grew up in a very white town.  My second book, The Providence of Basketball is a fictional narrative a hot-shot white kid facing his own racism while spending a week in inner-city Providence.  My most recent book, A Run of a River is about how a town, in order to save its reputation, ignores the reality of having a pedophile youth sports coach living in its midst.  So as you can see, my life as a writer isn’t truly divorced from my experiences as a teacher, coach, and my own personal experiences as an athlete.

I’m working on a story called “Lovely Rita’s Misplaced Heart”.  It’s about a young girl sold into domestic slavery here in the U.S.  She falls in love with a young man who has lived well past his “expiration date” because of a heart defect.  When the school she is attending during the day (when she isn’t slaving for the family who has purchased her) finds out she is a slave, the family sells her down the line.  Her boyfriend, racing his own mortality, tries to find her before she is swallowed into sex slavery.

The most difficult thing I’ve written is really the entire book, A Run of a River. I was targeted by a pedophile coach when I was very young, so getting into the mind of the pedophile and trying to present him as a monster grooming his prey was very painful. I was lucking in that he never was able to physically assault me, but some of my friends were not so lucky. I definitely bled writing that book.

My first three books come from personal experiences, so I didn’t do that much research.  My next book, Lovely Rita’s Misplaced Heart, is requiring some significant research focusing on domestic and sex slavery.  Rita, one of the main characters, comes from Ghana so I have had to do extensive research on the African domestic slave trade into the U.S. as well as the political and social makeup of the country.

In terms of my influences as a writer, well it all started with J.R.R. Tolkien who was the first author I dug into.  Up to that point, I think my freshman year in high school, I was pretty much a jock.  Tolkien opened my mind to new worlds and fantastic characters.  Robert B. Parker’s Spenser novels helped me internalize some of the darker sides to the human character, and I love how John Grisham and Jennifer Weiner tell their stories.

I had a teacher, Christine Parker, who taught creative writing in high school.  She once played “Songbird” by Fleetwood Mac in class and asked us to write an emotional story inspired by the song.  I wrote about a young wife waiting for her ship’s captain husband to return from the sea. She paces a widow’s walk all the way until she was an old woman, desperately hoping for his return.  Of course, he never does.  She left quite a mark on me. 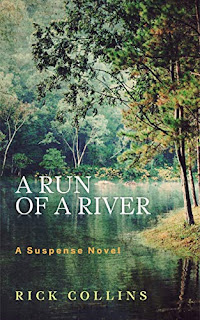 Chief Louise Consola, the chief of police for the idyllic town of Beaumont, Massachusetts, must unravel the mysterious circumstances surrounding the death of one of her best friends. As she unearths clues, it becomes clear that her friend’s death is part of a terrible secret that has been kept hidden for decades. Can Louise put an end to the evil that ravages her town and still protect those who have carried the secret? And can a town ever be washed clean from its terrible sin?

The Providence of Basketball 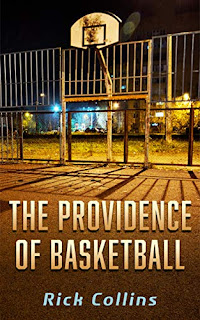 Tim decides to spend a week with his grandparents in the inner city of Providence, Rhode Island. His friends suggest this might not be a good decision, but he goes anyway with the idea he can spend his time playing basketball at the court in the Cranston Street Projects. He is befriended by Marcus, the best basketball player in the projects. But Marcus and his sister are in danger from Pele, the drug dealer on Cranston Street. Tim is thrust into danger when a rival drug dealer, Raja, tries to take Pele's turf. He survives a drive by murder, but it is clear that Raja cannot leave witnesses. In the course of hiding out, Tim comes to realize that his preconceptions about being black in the ghettos of the inner city are completely off-base. He begins to understand that he has his own racist ideas. Can Tim survive being hunted and change the way he thinks about black people?

Purchase Link The Providence of Basketball