James Mathis talks about The Framed Father and The Penitent Priest 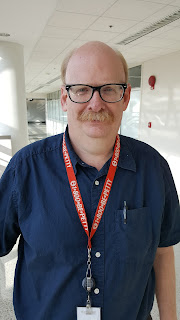 James Mathis was born in Orlando, Florida in the halcyon days when the land was covered with orange groves and swamps, with nary a mouse in sight. He discovered his love for writing in high school, though history remained his first passion. After getting a PhD in the subject from the University of Florida, he began an enjoyable career as an archivist with the National Archives in Washington, D.C.

Following a bout with cancer, James rediscovered his love for writing, beginning a series of mysteries based on the germ of an idea that he had been toying with for some time. Father Tom Greer is now among his best friends and most trusted confidant and the two are looking forward to many adventures in the near future.

What would you say are your strengths as an author?
I believe my strengths are writing compelling and believable characters, and crafting plots that compel the reader to keep turning the page. I've had several comments from readers who said they could not put the book down once they started reading.

How often do you write, and do you write using a strict routine?
I try to write every day, though usually that winds up being six days a week. I still have a full-time job, so I wake up early to get a couple of hours of writing in before I have to start work. My word goal is at least 2,000 words a day. I find the pomodoro method of writing sprints (write for 25 minutes, break for 5) to be very effective. I also track each day's work, including the days I do not write.

Five years from now, where do you see yourself as a writer?
I would like to be making enough as a writer so that, with my retirement income and living a minimalist lifestyle, can write full time.

If you could offer once piece of advice to a novice writer, what would it be?
Study the craft of writing, the discipline of writng, and the business of writing. Develop a consistent writing habit so you're writing a certain number of words each week (if you cannot write every day). Decide what you want to write and read books from your genre to become familiar with the common tropes that readers expect, then try to think how you can turn those tropes on their head in order to create something fresh.

What would you consider to be the best compliment a reader could give your book?
“I couldn't put it down.”

What are you working on now?
I've finished The Framed Father, and it will be coming out on September 1. I am beginning to outline the next book in the series, The Reluctant Return, which I hope to release in mid-February. I'm also considering writing a Father Tom Mystery Christmas novella for subscribers to my newsletter and those who follow me on Facebook. 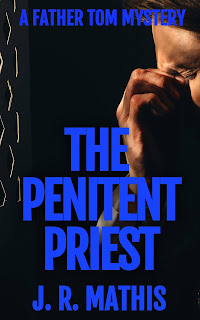 A wife murdered.
A killer at large.
A man of God with a painful secret.

When Tom Greer's wife Joan was murdered and her killer never caught, he left Myerton determined to leave the painful memories behind. Ten years later, now-Father Tom Greer returns as the temporary pastor of Saint Clare's Parish in Myerton—where he married and mourned his wife. Assigned there for four months, Father Tom’s only desire is to serve God's people quietly then leave again. He has no desire to revisit the past.
But the past won't leave Father Tom alone…
Secrets uncovered and a mysterious encounter in the confessional forces Father Tom to confront painful truths about Joan and her murder. When a police detective—a woman from Father Tom’s own past—refuses to reopen the case, he decides to take matters into his own hands.
It turns out to be a fateful decision, for Father Tom has secrets of his own…
Don’t miss this first book in a new clean mystery thriller series featuring Father Tom Greer. 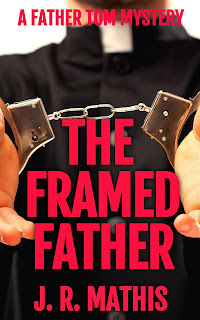 When the Archbishop receives an anonymous letter alleging that Saint Clare’s pastor Father Leonard McCoy of inappropriate behavior with the young parish secretary, he sends Father Tom back to Myerton from the quiet of the monastery to look into the charges. When the secretary is found dead and Father McCoy is charged with her murder, he must work against his ex-fiancée Detective Helen Parr and the State Attorney--who is also her boyfriend--to prevent a miscarriage of justice.

But everything is not as it seems...