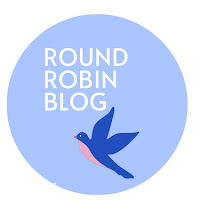 I hope summer and this odd year we’ve been having has been good to you all!
In real life, I’m still working from home, but the weather has cooled enough I can get out in the garden more. Less humid right now. I’ve also started to write again, which is amazing! I’ve missed that flow of creating new stories and new lives. Currently, I’m working on book two in my Glitter Bay Mystery series called All That Shines.

Onto today’s topic for all the inquiring minds out there:  What elements do you include in your stories to make a story seem and feel more realistic to the reader?

To make my stories feel more realistic to the reader, I go through while I’m doing edits to make sure I’ve used all the five senses:  sight, sound, touch, taste, and smell. We take these things for granted in our every day lives, but as writers we need to focus on the things some people might not even notice. For this blog post, I’m using examples from Dead Without Glory, book two in my Gilda Wright Mystery series.

Sight
The main character always needs to be aware of his surroundings, especially in a mystery novel. Are there other people around them? Animals on their laps. Cars whizzing by. Snow falling softly around them. Rain? A hurricane. What obstacles or opportunities are in front of them?
Often, sight is what sets the initial scene before we flesh it out using the other senses.

Gilda spun around so fast she tripped over both feet then lay sprawled in the sand with her eyes wide. A brilliant flash of light briefly blinded her. As the spots faded from her eyes, she made out the figure of a half-naked man, with loose, long blond hair, swinging a sword on the beach ahead. Her arms twitched, and she fought the urge to make sure her head was still attached to her shoulders. The bare-chested man wielded his weapon well over a hundred feet away.

Sound
A silent room tends to evoke a sense of drama and can put both characters and readers on edge. We expect something awful to happen soon. Does the character play music on the radio or on a guitar? Perhaps the television is on in the background for company and they catch a snatch of the news or a weather report. Are there things in the character’s immediate area that are so loud the character can’t think straight or becomes disoriented by noise?
She changed the channel on the television and had just settled down to watch a comedy when something thumped on the back deck. Curious, she tiptoed toward the back door and peered out the window. Once her eyes adjusted to the dark, she made out the shape of a shovel lying on the deck boards.
With no hesitation, she called the police.

Touch
Right now I’m sitting at my desk with a cool breeze blowing over my bare arms. I reach out to the warmth of my coffee cup with the raised likeness of Eeyore that ripples beneath my fingertips… Setting the scene includes textures, things like rain on a character’s face, a chill that makes goosebumps ripple over the skin, the soft fabric of a dress or a sweater. Of course, for mystery writers, that also includes the sticky wetness of blood, the thin sharp blade of a knife, or different levels of pain depending on the circumstance.

Gilda slipped off her shoes and shuffled through the cool sand, while the grains fell around her toes. She let out a long, slow breath to ease the tension from her shoulders then glanced toward Lake Erie.

Taste
Please don’t eat the book!
We all have taste memories that evoke certain emotions. The wafting scent of coffee or tea in the morning. Soft, warm bread fresh from the oven slathered with butter. Sweet cakes or cupcakes with gooey icing. For me, cabbage rolls baking in the oven of a wood stove is one that makes me nauseous. Childhood flashback. Making the sense of taste bring those memories out in readers or making them hungry for the things we write about creates one more layer that draws the reader into a story.

The smell of sugar and cinnamon drew her back to reality as someone held a large cup of coffee in front of her.
“Vanilla latte with nonfat milk and chocolate curls on top,” Razi said. “Just the way Sensei Mick said you like it.”

Smell
Who can’t relate to the scent of freshly mown grass or walking into a bakery only to be enticed by the scents of breads and sweets? If a scene is set in a coffee shop, which appears in most of my novels, have the character notice the scents of freshly ground and brewed coffees, the delicate bergamot-infused aroma of Earl Gray tea, the musky cologne emanating off the man in line behind them… You get the picture.
Scenes where a character walks into a room where dishes haven’t been washed for days and no one has changed the kitty litter in a week while rotting food sits on the counter evoke a different response. Particularly when the character stumbles across a dead body amid the debris.

Before long, the air in the martial arts school hung thick and humid with sweat. Thirty people warmed up in the school for their big fight debuts, a challenge for any air freshener on the market. To get rid of the stench, the entire staff would have to mop and disinfect every surface later.

Let's find out what the other authors have to say about the elements they include in their stories!