Matt Ferraz reveals Murder for Reel and A Convenient Cadaver

A warm Escape with a Writer welcome to author Matt Ferraz!! 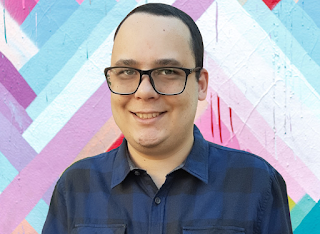 Matt Ferraz is a Brazilian author with works published in English, Portuguese and Italian. His love for the crime genre started at the age of eight when his grade school teacher gave him a copy of Agatha Christies Death on the Nile. This led Matt to his first attempts at writing a crime novel in his mother's old typewriter. In 2013, Matt released Killing Dr. Watson, his first novel in English, from MX Publishing, in the UK. From there, he ventured into the cozy genre with the series Grandma Bertha Solving Murders. Matt is also the author of Sherlock Holmes and the Glad Game, a crossover novel that combines Holmes and Watson with Pollyanna Whittier, from the classic children's books. Always willing to try new genres, Matt spent two months in the Costa-Rican cloud forest in 2019, to write his epic adventure novel Sawara: A Jaguar's Memoir. Murder for Reel, the first book in the Usherette Mysteries, is Matt's love letter to the act of going to the movies. He used his real-life experience of organizing film festivals with zero budget to create a funny and heartwarming mystery.

I live in Contagem, an industrial town in Central Brazil, where I've spent most of my life. Besides my books, I make an income by teaching writing online in several online schools. I've also funded a project in Uganda, in which I teach writing online for free to the Batwa tribe.

Yes, I'm working on a book that takes place during the pandemic. My main character is a once-famous Hollywood star who's cloistered in her house, unable to go out and... well, you'll have to wait and see!

My novel Sawara: A jaguar's memoir was literally written in the jungle! I spent two months in a writer's retreat in the Costa Rica cloud forest and finished the book in two months. It was a great experience, but I wouldn't do it again.

When I submitted the manuscript of my cozy mystery Murder for Reel, the publisher asked me to make better use of the novel's setting: a small American town in the 1950s. So I decided to watch a lot of movies that took place in that era. I also did a lot of research about the slang and clothes people used at that time. Watching movies gives you a great visual basis for that kind of thing, more than books and newspaper articles ever could.

When I was nine years old, my teacher gave me a copy of Death on the Nile by Agatha Christie. It was my point of no return. From there on, I knew I wanted to write that kind of book for a living. I'm such a geek that I even have a tattoo of Hercule Poirot on my right forearm! I'm also a big fan of Stephen King, Raymond Chandler, and Robert Louis Stevenson, to name a few.

My mother always encouraged me. When I was eight, she gave me a typewriter and would read everything I wrote. Once I wrote an incredibly gruesome horror story, which almost made her faint. But that didn't keep her from giving me useful critiques. She's an amazing person, and I could never do this without her support. 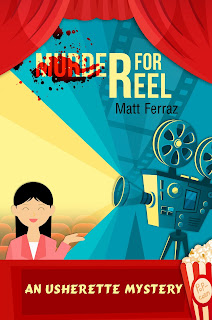 In the late 1950s, the Palladium Movie Theater was the most popular place in Emberview, Colorado. In her first night working as an usherette at the Palladium, young Katrina Stevens is excited to be starting her dream job. During the screening of a science-fiction film, her boss and owner of the theater, Don Keller, is found murdered in the projection booth. Don’s murder causes an uproar and soon the Palladium is facing closure. To support the theater, Katrina organizes a film festival to show old movies from reels that Don kept in storage. However, Don’s murderer has other plans, and unless Katrina can find out who the killer is, the Palladium––and Katrina herself––are in great danger. 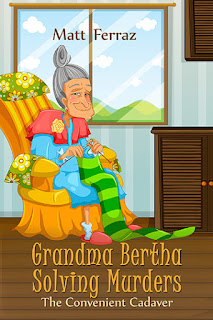 When Grandma Bertha moved to her son’s place, she brought along three dogs, several cases of beer and many, many horror film DVDs. While her daughter-in-law insists on the idea of sending Grandma Bertha to a retirement home, a dead girl appears near the house, shot three times in the back. Many years ago, Grandma Bertha let a murderer escape for not trusting in her own detective abilities. Now, armed with her wit and wisdom, she decides to solve that crime before the police. Could this crazy dog lady be a threat to a cold-blooded killer? And for how long can the family stand that situation?