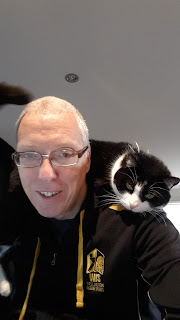 Rodney Strong spent 44 years practicing to be a writer, and finally decided to get on with it in 2016 with the publication of his first novel, Troy's Possibilities. He lives in Porirua, Wellington with his family, and juggles writing with chauffeuring his children to their various activities. He mainly writes cozy mysteries with the odd stand alone and middle grade children's book thrown in for good measure.

I think one of my biggest strengths is the ability to add a touch of humor to everything, without making everything funny. Often it’s just a subtle word or action to stop everything sliding into heavy territory. That and dialogue. I love writing dialogue.

I write Monday to Friday. I have two young children so I write while they’re at school. I wouldn’t call it a strict routine, but I try and get between 1,000-2,000 words out a day. Sometimes that can take me half an hour and sometimes it doesn’t happen but if I can hit that target then I consider it a satisfactory day.

Oh, that’s a tricky one. I’d like to be well established as a cozy mystery writer who occasionally dabbles in something a bit more emotional.

If you could offer one piece of advice to a novice writer, what would it be?

I think it would be don’t get caught up in the pursuit of perfection on your first draft. Write your story, get it down from start to finish, then worry about sculpting it in the re-writes.

That it entertained them. At the end of the day I write with the hope that someone will laugh or cry or say wow, and if I can get one of those reactions then I’ve done my job well.

I’m working on the third book in my Silvermoon Retirement Village series. 98 year old Alice is a blast to write for and I always have fun with her. I’ve also started initial planning for a new series set in America (All my current series are set in New Zealand). My two cats are going to feature heavily in that one. 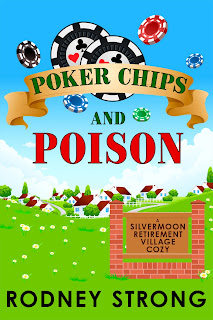 If old age doesn't get her…the murderer will.

97 year old Alice Atkinson should be comfortably living out her days at the Silvermoon Retirement Village. But she's bored. A lifetime of living in the grey area between right and wrong means that winning money off her friends at poker just isn't satisfying.

Then her friend is murdered, and she's the only one who thinks it's foul play. And even she has her doubts.

With the help of Vanessa her newly appointed and occasionally reluctant sidekick, Alice is determined to find out the truth. One thing is for sure, Alice is going to need to dust off some old skills to come through this in one piece.

Grab your copy of Poker Chips and Poison now to see how age means nothing when it comes to investigating murder. 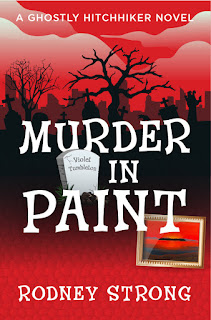 Oliver Atkinson, married father of two and would be writer, has a woman on his mind. Literally. Violet Tumbleton died in 1948, but now she's taken up residence in Oliver's head. Someone is using her name and Violet wants it back.

Reluctantly Oliver agrees to help, and is soon entangled in a plot involving a stolen painting, and murder. He's way out of his depth as he teams up with Amanda, the con artist that started it all, to investigate while staying one step ahead of the resolute police detective.

One thing's for sure, he's going to need all his wits to avoid ending up a spirit like Violet.

Murder in Paint is a thrilling and humorous cozy mystery full of twists and turns. Author Rodney Strong has crafted an entertaining tale about ordinary people given the chance to do extraordinary things.