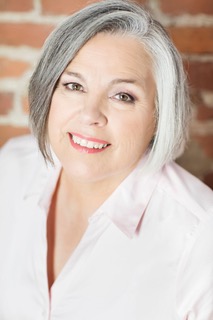 Tricia L. Sanders writes cozy mysteries and women’s fiction. She adds a dash of romance and a sprinkling of snark to raise the stakes. Her heroines are humorous women embarking on journeys of self-discovery all the while doing so with class, sass, and a touch of kickass.

Tricia is recent transplant to Texas, but she’s still an avid St. Louis Cardinals baseball fan, so don't get between her and the television when a game is on.

A former instructional designer and corporate trainer, she traded in curriculum writing for novel writing, because she hates bullet points and loves to make stuff up. And fiction is more fun than training guides and lesson plans.

To keep up-to-date on her current books, new releases, exclusive giveaways, and other news and events, sign up for her newsletter, Sleuth Scoop https://mailchi.mp/23a87d715dc3/tricia-l-sanders-sleuthscoop

My characters and the dialogue that I write. My characters have been described by readers as best friend material. I love that. I really strive to make my main characters likeable and hopefully people we can all see a little of ourselves in.

When I write dialogue, I try to imagine conversations real people would have about similar circumstances. I’ve even been known to sit in coffee shops and eavesdrop on neighboring conversations for inspiration. If you see the lady with the giant iced tea and she looks a little too intent on your conversation, move away slowly.

I write for 20 minutes every morning with a writing friend. Other than that, I don’t have a strict routine. I tend to write in spurts. Though, I do try to write every day.

Currently I have one series out with another one releasing early 2021. In five years, I’d love to be continuing these series along with two others I have planned. I also have a stand-alone women’s fiction that I want to release. And in my wildest dreams, I would love for Hallmark to come knocking for my Grime Pays series. How’s that for dreaming?

If you could offer one piece of advice to a novice writer, what would it be?

Don’t let others squash your dream. If you want to write, then write. Take the time, make your goals, and tell your story. There is never a better time to write than right now. You are never going to have more time, less distractions, more ideas, etc. Do it now while you have the passion.

The best compliment I’ve received is a reader telling me they wanted Cece Cavanaugh, of my Grime Pays Mystery series, as their best friend. That bowled me over. I knew I had struck a nerve with that character.

I also love when readers say they couldn’t put one of my books down. Though, I hope they will savor my stories and not rush to finish them. 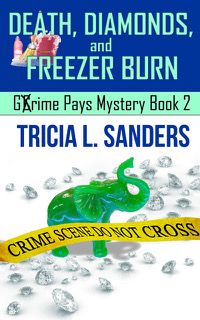 An unwelcome visitor, an unrequited love, and a dead body create chaos in a middle-aged woman’s plan for a productive summer.

Despite a looming divorce, an empty checkbook, and a struggling cleaning business, Cece Cavanaugh is determined to land on her own two feet. Adamant about staying a safe distance from the handsome detective who has her fantasizing about violating the morals clause in her prenuptial agreement, Cece dives headlong into her work.

Even though she has no free time to spare, Cece finds herself guilted into cleaning a hoarder’s home. Her discoveries in the condemned house are too shocking to ignore. Diamond-laden pachyderms, a secret cache of money, and a dead body lure Cece into launching an investigation that places her in direct contact with the one person she’s desperate to avoid--hunky Detective Case Alder.

With clues in hand, Cece runs down leads and eliminates suspects one by one. Her conclusion and brave accusation put a friend’s life in peril forcing Cece to hatch a plan to outsmart the killer. A daring move could either save Cece and her friend or lead to their demise. 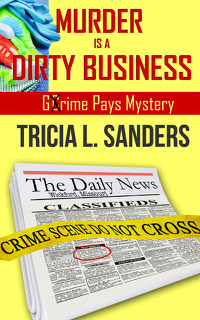 MURDER IS A DIRTY BUSINESS

Between hot flashes and divorce papers, a middle-aged woman reconsiders her outlook on life when she butts heads with a hot detective during a murder investigation.

When Cece Cavanaugh’s husband empties their joint bank account, steals her designer luggage, and runs off with a younger woman, Cece must decide whether to ask her manipulative mother-in-law for a handout or get a job. Choosing the easier path, Cece lands a job cleaning a crime scene where a high school coach was murdered. When his wife is implicated—a young woman Cece practically raised—Cece finds herself mopping floors, balancing an empty checkbook, and ferreting out a killer.

Amid all this messy business, Cece bumps heads with a handsome detective. She tries to ignore her growing attraction to the detective, but he gives new meaning to the term “hot flash.”

After she stumbles onto a clue that could vindicate her friend, her elation turns to panic when she haphazardly confronts the killer. Through the danger and romance, Cece discovers self-reliance and inner strength.