Welcome to the amazing Wendy Appleton who tells us about her memoires about living in England during World War II. 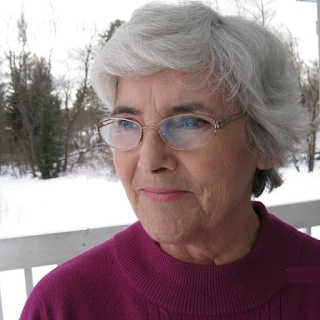 Wendy Appleton grew up in Kent, known as 'The Garden of England.' Now a great-grandmother, she writes about her memories and adventures in extraordinary detail. Her amusing and delightful writing style draws you in as if you were right there with her.

I'm now an 80+year-old great-grandmother, and I wrote my first memoir in 2012. It was the story of a five-year-old perspective in wartime, entitled A Little Girl's War.

After my book was published, I was surprised at the stellar reviews I received from book reviewers and newspaper journalists. My great-niece took it to her primary school teacher who read my book to her young students, and I received 30 letters in response. I replied by hand-writing a letter back to every student.

My sister-in-law, a teacher in France, gave my book to a fellow teacher who was teaching English history. She loved the book so much that she made it part of the school curriculum. The students read my book and formed groups to each pose a question to me. I was asked to send a video reply answering them all.

My second book was published in 2020 and titled After The War – A Memoir. It is the sequel to the first. It begins when the war has ended and takes you through my journey from childhood to womanhood.

Writing both books had its challenges. Being sent away from home, seeing a crashing plane while running through the streets alone during an air raid, and other disturbing experiences were painful to remember. The memories became vivid and scary, re-living them as I wrote them down. In "After the War," the most difficult parts were recalling the death of my parents. For obvious reasons.

The research was minimal as the books are a recollection of my own memories. I researched second world war history to make sure I got the dates right.

I have always loved reading and have found many books inspiring. As a child, I read much more than I do now and loved reading books by Enid Blyton. I would get completely lost in her stories. I have enjoyed books by Thomas Hardy, Rudyard Kipling and C.S Lewis. One of my favourites is "The Keeper of the Bees" by Gene Stratton Porter. Now I love to read gardening books and anything to do with plants as I am still an avid gardener and have always loved flowers. Growing up in Kent, known as 'The Garden of England," has made an indelible mark on my life.

The idea to write my book came from reminiscing with my sister. We were evacuated together and, in later years, still recalled many memories of that time in our lives. I received encouragement from my daughter and my husband, which helped me to start writing. While writing my first book, I was not very computer savvy and lost the entire script three times, and because I had to start from scratch three times, it took me seven years to write.

In my opinion, a great author produces a book that readers enjoy reading. The response that I received from my first book gave me the courage to write the second book. I think it helped that I was always good at English in school. Having an aptitude for reading and writing helped me get my thoughts onto paper and express what I wanted to say. I am also blessed with a good memory, essential when writing about things that happened seven decades ago!

Once my second book was released, I was taken aback to feel conflicted about having shared details on my family's lives. I suddenly felt exposed and did not expect to feel so vulnerable. Writing the book was the only aspect I had been aware of and not the effects on others reading what I had shared. I began to question my decision to publish my story.

I have realized that there is no point in worrying about that now, and I have learned to let it go. Now I am writing my third book. What would have been another memoir is being written as a fictional piece, inspired by my memories. I write when I am inspired to write, with no fixed routine. I enjoy it more that way. 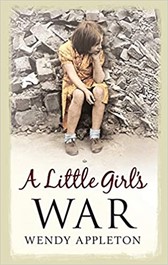 Wendy ran home through the streets of Bexleyheath with the air-raid siren wailing, her little gas mask box bumping against her hip. Just as she reached her front gate, a Spitfire spiralled out of the air and crashed into the school field at the end of the road. You never forget a moment like that. Growing up in Bexleyheath in the Second World War, bombs, air-raid sirens and fear were all Wendy had ever known. Here, through the eyes of a small child, we see family life on the Home Front in 1944 in its entirety - from bombed-out houses to burnt potato peelings, from maths lessons and classroom antics to air-raid sirens and crashing planes. After the family slept through an air raid that destroyed the houses directly opposite, Wendy's parents decided it had become far too dangerous. Wendy, her sister Thelma and her brother Brian were evacuated to the Burnley area of Lancashire. Surrounded by a new accent, shining front steps and outdoor lavatories, this little girl felt a long way from home. However, the two women who took Wendy and her sister into their home helped her adjust to a new way of life. She remembers fondly the kindness of these women, as well as her other experiences as an evacuee: a new school, nits, chickens, gravy, and her first trip to the seaside. Wendy Appleton describes beautifully the memories that were imprinted so deeply on her young mind. As she discussed her recollections with her older brother and sister and started to write them down, everything came flooding back - so much so that at times she was in tears. She is delighted to share within these pages the sights, songs and sounds of her wartime childhood. 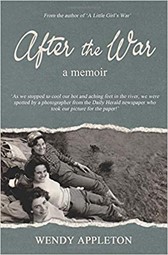 AFTER THE WAR – A MEMOIRE

No more bombs, no more noise, and no more mayhem. No more searching the skies for flying bombs or enemy aircraft. No more food rationing. Instead, family holidays and trips to the seaside in a country that is now at peace. Follow this typical English family as their lives unfold and the children become adults in post-war England. Wendy shares memories of an age past and her journey from childhood to womanhood.