Charles Mossop on The Athena Syndicate 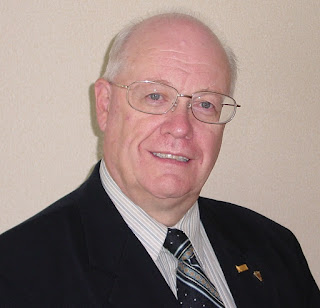 Charles Mossop was born and brought up in the United Kingdom, apart from seven years spent in Canada as a youngster. After finishing secondary school in Britain, he returned to Canada where he obtained undergraduate and graduate degrees in Anthropology, with a specialization in Chinese cultural history. After spending further time in the United Kingdom, he made his permanent home in Canada where he pursued a lengthy career in post-secondary education and international development. Now retired and living on Vancouver Island on Canada’s west coast, he divides his time between writing historical fiction, motivational speaking, and volunteering. Legally blind since the age of nineteen, Charles is an active leadership volunteer with the Canadian National Institute for the Blind, the Canadian Council of the Blind, and the World Blind Union, an international non-governmental organization dedicated to improving the lives of people throughout the world who are blind or partially sighted.

I am retired now, so I do not have to fit my writing into a daily work schedule, but I am very busy, notwithstanding. For the past twenty or so years, I have been a leadership volunteer with the Canadian National Institute for the Blind and the Canadian Council of the Blind, serving on numerous boards and committees. Additionally, I serve as a Canadian delegate to the World Blind Union (WBU), an international NGO committed to improving the lives of people across the globe who are blind or partially sighted. Since 2012, I have been president of the WBU’s North America and Caribbean region which has enabled me to continue with my former career in international development. For rest and relaxation, I play the flute and classical guitar.

Yes, indeed. At this time, I am in the final review stages of a mystery novel set in China during the Ming Dynasty (1368 - 1644 CE), titled “The Affairs of the Heart: A Magistrate Lin Mystery.” The protagonist is Magistrate Lin Jiang, who is called to the house of a wealthy landowner who is convinced someone killed his pet songbird. Lin is charged with finding the culprit, but once engaged upon this improbable task, he finds himself entangled in a drama of lies, conspiracy, and murder, playing itself out within a dysfunctional family torn by envy and fraternal rivalry.

Until now, all my novels have been set in both the present and the past, alternating between the two, but this is the first book I have written set entirely in a single historical period. It is an exciting challenge.

I think the most difficult piece was a short story I wrote several years ago entitled “With Different Sight,” about a young man facing the loss of his eyesight. It was a fantasy in which he travels back in time to speak to prominent people from the past, such as Beethoven, who rose to greatness in spite of their disabilities. The young man is about the same age I was when I received my diagnosis, and in describing his experiences, I revisited the feelings and emotions I travelled through myself at that time. It was a challenge, but very worthwhile, since it reminded me yet again that the loss of sight does not also have to mean the loss of vision, and that is the message of the story.

The historical portions of my books are always set in Europe or Asia, predominantly China or Britain, because that is where I have the best pre-existing background. I have a good collection of books and articles in audio format to which I frequently refer, and of course the Internet is an invaluable source of information. I should also point out that without the technology now making computer use possible for people like me, I would be unable to write in the first place, let alone do the research.

Another important source of information for me is personal experience. Throughout my career, I have been fortunate enough to travel the world and work in many different countries. This first-hand experience of other peoples and cultures, combined with standard research techniques, constitutes the basis of my preparations.

For the most part, I read historical fiction for pleasure, but I also enjoy non-fiction as well. My non-fiction choices include lots of history, of course, but I also like biographies, memoirs, and books on art and music.

When it comes to historical fiction, I have two current favorites. I love the work of Patrick O’Brian; his tales of British naval life are historically accurate, especially in relation to square-rigged ships of war in the Napoleonic era, and his use of the English language is magnificent. I am also inspired by Ken Follett, whose portrayals of life in the English medieval period is superb, and meticulously researched.

Whether I am reading for relaxation or research, my aim is always to learn all I can about writing.

My parents were avid readers of fiction and non-fiction and introduced me to the world of books at a very young age. Some of my earliest memories are of being read to by my mother and father, and I grew up in the literary lands of Rudyard Kipling, A. A. Milne, Kenneth Graham, and many others. When I was ten, I announced I was going to write a book, and my parents encouraged me to go ahead, probably thinking the idea would not last more than a day or two. However, the resulting pencil-written magnum opus, twenty-three single-spaced pages, carefully bound together with string, and all about talking animals, was kept by my mother for decades until it finally disintegrated.

My parents were undoubtedly the primary force in developing my love of books and writing. They have both passed now, but I am sure they would be happy to see I am still writing, although not with a pencil any longer. 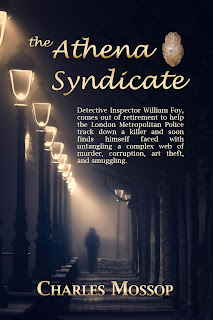 When a young archeologist is shot, his uncle, Detective Inspector William “Bill” Foy, comes out of retirement to help the London Metropolitan Police find his killer. Foy’s investigation, deeply resented by his immediate superior officer, first centers on an ancient Chinese oracle bone which he believes holds the key to the homicide, but he soon finds himself faced with untangling a complex web of murder, corruption, art theft, and smuggling. With the help of his two young assistants and an Oxford professor, Foy follows the history of the oracle bone and uncovers a ruthless international criminal organization whose origins lie in the cataclysmic collapse of Nazi Germany.