Welcome to mystery author, Victoria Dowd!
FYI, I'm a huge fan and can't wait to read Body on the Island! 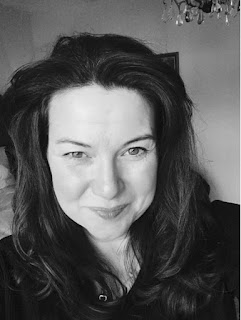 Victoria is a crime writer and the author of the Smart Women mystery series. Her novel, Body on the Island, will be published on 23rd February. It’s the sequel to her debut novel, The Smart Woman’s Guide to Murder, which was published in 2020 by Joffe Books and was Classic Mystery’s Book of the Year. It is also a finalist in The People’s Book Prize.

She is an award-winning short story writer, winning the Gothic Fiction prize for short fiction in 2019 and was runner up in The New Writer’s writer of the year award. She has been short listed by Writers’ Forum and long-listed for The Willesden Herald International Short Story Competition. Her work has been published in various literary journals, including Aesthetica: A Review of Contemporary Artists; Between These Shores Literary and Arts Journal; Dream Catcher magazine; and Gold Dust.

She also writes the Adapting Agatha series on her blog which can be found at https://victoriadowd.com/. She has spoken at various literary festivals about Agatha Christie.

Victoria is originally from Yorkshire and graduated in law from Cambridge University. She was a criminal defence barrister for many years until finally hanging up her wig for my fictional crimes.

Oh, very much so! I read a lot of Golden Age Detective fiction, primarily Agatha Christie. I also like modern day writers in this area of crime such as Martin Edwards. I’m currently reading a wonderful series by Brian Flynn. I’m also revisiting Margery Allingham’s books which are perfect for dark, cold nights by the fire. I do also read a lot of gothic style novels such as Rhiannon Ward’s The Quickening. I like crime novels that have that cross over between mystery and the supernatural. That really influences my writing. I love evocative settings such as old, crumbling gothic houses. I enjoy creating an atmosphere that immediately has the reader on edge. I do like a sense in a murder mystery that it might not be one of the people we’re seeing but perhaps something else. When I was doing a live FB reading one of the listeners wrote a comment as I was reading that said, ‘It’s a ghost!’ I loved that someone actually thought that the murderer might be something a little more supernatural. I think the setting can conjure up all sorts of different responses almost as if the reader can imagine new ‘characters’ wandering around. I found Abbie Frost’s The Guest House was very evocative and had a really wonderful dark edge to it. I also love to get into a crime series such as Margaret Murphy’s amazing books and D.E. White’s. It really influences how I see the books developing over time and the arc of writing a crime series.

I love writing strong female characters. I like how they interact with each other. There’s a lot of arguing and smart comments between the women in my book. They are a family and I’m not sure strong female characters in a close relationship are always conscious of the need to be ‘nice’ to each other. I think there are a lot more layers to their relationships than that. There is genuine love and affection. Nothing is fake or saccharine about these kind of characters. They don’t feel the need to sugar coat anything. I want the readers to have really genuine characters who are intelligent, funny but, more than anything, people they think are real who they can relate to.

Very much so. I have a strong image of Ursula, my narrator, and her mother. They’re not drawn from real life pictures but are more my own imagination. I spend a lot of time with these ladies so I can imagine every tiny bit of them now. I think that’s really important to me, to be able to visualize these women walking around in the story. I can see them in each scene I write and I know how they would react to certain events. They’re very real to me.

The characters came first. It’s a series so obviously for the sequel, Body on the Island, I already had most of my characters. But with the first book, I had a very strong idea that I wanted them to be a group of women who are at the heart of the books. The plots stem from these people and the kind of situations they might find themselves in.

I like to choose the kind of people who can hide in plain sight. Because they are whodunit books I can’t make them obviously the villain but what I like to do is give them the sort of characteristics that when I reveal who the murderer is, the reader can imagine that might be the case. For instance, I might choose someone who has irritating aspects to them that most people find annoying and experience a lot in real life. Then when the killer is named, it’s a big reveal and shocking but there’s definitely that part of the reader that says, ‘Yeah, I can imagine that kind of person killing someone!’ 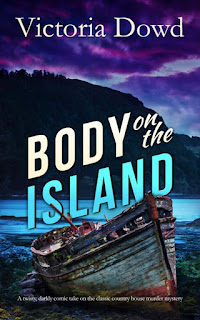 BODY ON THE ISLAND

No way to escape.

Ursula Smart (not her real name), realising therapy alone cannot teach her how to survive this life, is determined to make some changes. She signs herself up for a survival course — along with her mother, aunts Charlotte and Mirabelle and Bridget.

But the promised gentle weekend of foraging and camping in the Outer Hebrides swiftly turns into a desperate battle for survival.

Their boat capsizes. Washed up on an uninhabited island, the Smart women face starvation, freezing conditions and — worse — no Wi-Fi.

Then the murders begin.

Someone is killing them off one by one. Will the Smarts escape or will they be next? 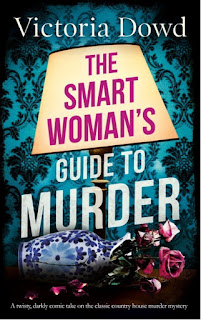 A faded country house in the middle of nowhere.

The guests are snowed in.

Withering and waspish, Ursula Smart (not her real name) gate-crashes her mother’s book club at an isolated country house for a long weekend retreat. Much to Mother’s chagrin. Joining them are Mother’s best friend, Mirabelle, Aunts Charlotte and Less, and Bridget with her dog Mr Bojangles. It doesn’t matter that they’ve read Gone Girl three times this year already, this retreat is their chance to escape bustling suburbia. But someone has other ideas.

A body is found in the grounds.

Is a lone killer hunting them? Or has one of their own group embarked on a killing spree?

What they need is to stop sniping at each other long enough to solve the mystery before the killer strikes again.

What they need is a guide to survive.

Book link for The Smart Woman’s Guide to Murder https://geni.us/smartwomanvictoria