OWL AND THE TIGER THIEVES

BOOK 4 OF THE OWL SERIES

Released and published by Pocket Star!

The book is available in audio and eBook! 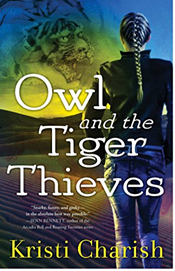 In this fourth Owl novel, Kristi Charish (The Voodoo Killings) melds sparkling fantasy with the grit of urban underbelly—with a detour through the world’s most spectacular cities. This is perfect for fans of Kim Harrison, Jim Butcher, Jennifer Estep, Jenn Bennett, and fantasy lovers everywhere.

Through no fault of her own, Alix has found herself essential to the fate of the world as we know it. She didn’t mean for this to happen—she was quite happy being merely the notorious antiquities thief, and ex-archeologist, known as Owl.

However, years ago, Owl reluctantly entered the secret world of the supernatural. Her goals: complete one job, escape one bounty on her head, continue her thieving in peace.

Fast forward to today. Now, she has become a key player in a brutal paranormal civil war that is

paranormal civil war that is rapidly getting out of hand. The leader of one of these factions—a lethal opponent called the Electric Samurai—grows more powerful by the second. To stop him, Owl sets out to find the long-lost, legendary group known as the Tiger Thieves.

But will it be too little too late? One thing Owl misses about “normal” archaeology: there are few emergencies with thousand-year-old relics.

“A great new fantasy series of fans of Indiana Jones and Buffy the Vampire Slayer...Here's to hoping this will be the first of many outings for Owl.” ― Library Journal, starred review

“She is an archaeologist, renegade, fantasy game lover, and thief who lives in a wacky world populated by dragons, nagus, and vampires. She is Owl, and we meet her for the first time in Owl and the Japanese Circus, a book that's fast-paced, humorous, action-filled, and completely original. Kristi Charish has created a wonderful, quirky character in Owl, and I predict this adventure is going be only the first of many.” -- Ian Hamilton, author of the Ava Lee novels 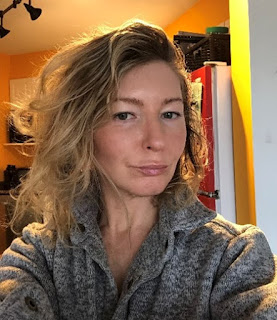 Kristi Charish is the author of KINCAID STRANGE, a paranormal mystery series about a voodoo practitioner living in Seattle with the ghost of a grunge rocker, and THE ADVENTURES OF OWL, an adventure fantasy about ex-archaeology grad student turned international antiquities thief, Alix— better known now as Owl—a modern-day “Indiana Jane” who reluctantly navigates the hidden supernatural world.

Kristi writes what she loves; adventure heavy stories featuring strong, savvy female protagonists, pop culture, and the occasional RPG fantasy game thrown in the mix. Kristi    is also a scientist. She has a BSc and MSc from Simon Fraser University in Molecular Biology and Biochemistry and a PhD in Zoology from the University of British Columbia. She specializes in genetics, cell biology, and molecular biology and gratuitously uses her expertise throughout her fiction. You can find Kristi with her laptop on Vancouver film sets, getting paid to write while filling in the background.   More information about Kristi can be found at: Kristi Charish, Author