Mary Elizabeth Jackson and Thornton Cline launch Poohlicious: Oh, The Wonder of Me

Oh, The Wonder of Me

The book is available worldwide in print across all platforms 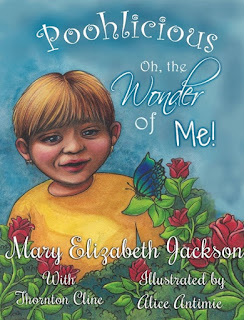 The third installment of the Poohlicious series. Teaching children and parents to appreciate themselves. Praise for Poohlicious: "Oh the Wonder of Me!"  Book three in the Poohlicious series is carrying on the tradition of seeing the wonderfulness in each child. Oh, the Wonder of Me, shares both the funny parts of children and the things that make them different, teaching them that they are okay no matter what. Having different shaped ears, hair that won't behave and doing things in their own style is what childhood is full of. Join us with your Poohlicious as we journey through the funny and sometimes awkward parts of childhood while learning empowering I AM statements to carry with them as they grow. Wonderful for ages four through seven. Let's get them started early on a road to self-belief and empowerment.

More Books in The Series: 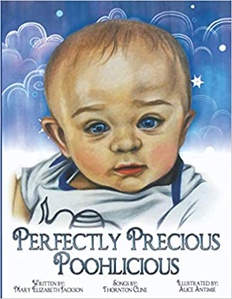 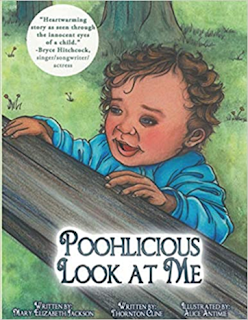 “This short, sweet story will tug at your heart and put a smile on your face. Little ones will want to hear it over and over again” _ Crystal Bowman, bestselling children’s author

"Cleverly uplifts and stimulates children to believe in themselves. Mary Elizabeth Jackson understands how to have fun and encourage." --Darshaun McAway Baby Authors.com 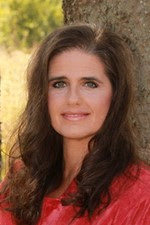 Mrs. Jackson is a very busy mom and wife. She loves nature, being creative, anything funny, and inspiring others to believe in themselves. She lives her hubby, three kids, and dog in the Nashville area. -Cherish every moment of life. 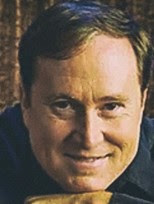 Ever since his mother signed him up for piano lessons at age five, Thornton Cline has been writing non-stop. With over 1,000 published songs, 150 recorded songs, 32 traditionally published adult, children’s and YA books published, Thornton Cline has been nominated multiple times for Grammy and Dove Awards. In 2017, Cline won a first place Maxy Literary Award for “Best Children’s Young Adult Book”. Thornton Cline’s books have appeared at the top of the Amazon bestselling charts. Cline has been honored with “Songwriter of the Year” twice-in-a row and has received a platinum award for certified sales of over one million units in Europe. Thornton Cline received his first number one radio worldwide hit song in November 2020 with Nashville pop artist, Luckie Boy. “Cry Myself to Sleep” remained in the top 5 charts for over seven weeks.

Cline continues to mentor, speak, teach, and inspire aspiring authors and songwriters around the world. When Cline isn't writing, he is teaching at Welch College in Middle Tennessee. He resides in Hendersonville, Tennessee with his wife, Audrey and their cat, Kiki.. You can follow all the latest updates on his books and songs at his website, ThorntonCline.com; Thornton Douglas Cline on Facebook, @ClineThornton on Twitter, and @ThorntonCline on Instagram. Mrs P: Your Hair’s On Fire is Thornton Cline’s debut book with INtense Publishing.

To request additional review copies or an interview with Mary and/or Thornton, please contact Mickey Mikkelson at Creative Edge Publicity: mickey.creativeedge@gmail.com / 403.464.6925. We look forward to the coverage!