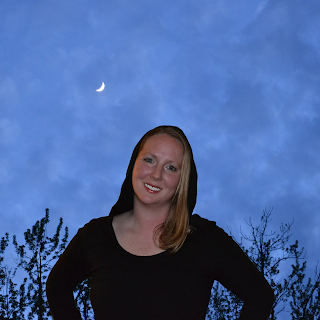 Keri Brown was born in Tennessee and raised in Chicagoland. She loves mythology, dark fairy tales, and anything medieval, so she put them together in her writing. Keri now lives south of Chicagoland with her husband Jim and children.

Originality, since I don't read much in the genre that I write, I am mostly uninfluenced by the styles and ideas of other fantasy authors.

I like to write every day when I am writing. However, I usually can't write while editing, so I usually focus on one or the other. This last book has changed my mind and I hope to try to keep writing next time I edit. Not only did I go a full year without writing, but it also severely dampened my ability to pick back up again.

I hope to have a finished series and at least one book into another series. I am working on side stories that will be free for newsletter subscribers and I hope to expand the already-free Origo The Campaign, a D&D 5E compatible RPG game.

Don't wait to interact with the writing and reading community. You can gain a following before your first book is even ready, and they will be eagerly awaiting its release. What a boost it will give! ALSO don't fret over being pirated. Celebrate! It means you're worth stealing. lol. Underexposure is a far deadlier threat.

The parts that grab you the most. Or any remark that specifies something about the book. Or even a part that pissed you off! The last thing an author wants to hear is a generic "It's good" or "I liked it." Some people can write entire reviews that never mention a single element about the story itself.

Right now I am trying to pick up book three in the Origo series. When I wrote book one, it originally included the first 10 chapters of book two. I trimmed it back, and so when I started book two, I had quite the head start. Now, two of those 10 chapters were added afterward, so it was technically an 8 chapter boost, but still, it was a boost. This time, I didn’t keep going, so I have no boost and I'm trying to pick up where I left off. This is a lot harder than the other way. Lesson learned. lol. 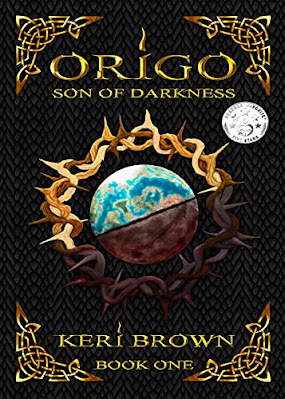 Could a human child destroy a world of dragons?

Jak is a human, adopted by his loving family of shapeshifting dragons. That’s why he fears the ancient prophecy. The one that says he may be the Son of Darkness who will destroy them and everyone else on the planet Origo.

Jak bears the mark of the Son of Darkness, and he can’t control his temper. Each time he confronts danger, even to defend his family and friends, Jak unleashes dark powers and takes another step toward becoming their doom.

Only one thing stops the prophecy from being fulfilled. Jak has no counterpart. The Daughter of Light, whom the Son of Darkness is destined to kill, doesn’t exist…

Until he cracks a dragon egg that was never supposed to hatch. 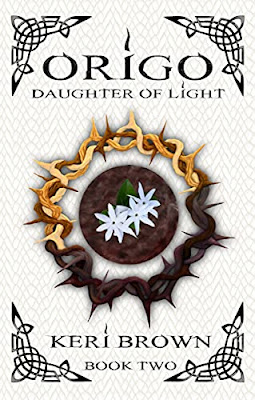 The Daughter of Light has been kidnapped.

Is the Son of Darkness her only hope?

On Origo, little Lilink has been stolen away to the ash-covered ruin called Caligo. Different factions want her for their own purposes, including fulfilling the prophecy that would destroy the planet.

And Jak is in pursuit.

He and his brother Gray will let nothing stop them from finding Lilink. On their path, they encounter strange and powerful creatures who try to harm them during their relentless pursuit.

But will a reunion between Jak and Lilink fulfill the terrible prophecy?

Meanwhile, a war brews with Houses in the North, East, and West positioning their armies. Humans, dragons, trolls, and wolves must choose sides when an evil force starts a domino effect that could lead toward Origo’s destruction.

If the prophecy doesn’t destroy Origo, will the coming world war bring the planet’s end instead?