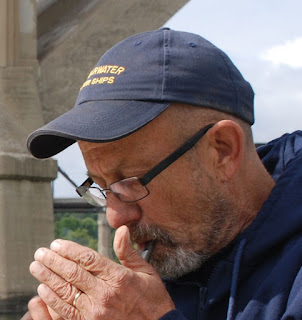 Peter Kingsmill is the author of the Awan Lake mystery series. Peter is a recipient of the Governor General’s Conservation Award (Canada) and the founder of the Redberry Lake (UNESCO) Biosphere Reserve in Saskatchewan. When he is not writing novels, he serves as publications editor with the Alberta Society of Professional Biologists and works as a consultant on regional development projects. Peter joined Crime Writers of Canada as a Professional Author Member in 2018.

Peter has been a frequent writer and editor since leaving high-school in Montreal and college in Vermont. He recently retired from many years as a riverboat captain and owner of a small-waters marine services business, and has worked at an eclectic mix of tasks which include logger, trucker and cattle farmer. He is passionate about Canada’s rural spaces and has served two terms as Mayor in his home community of Hafford, where he lives with his wife Valerie, an artist and the author/illustrator of the Redberry Tales series of gentle children's books.

I released the third novel in my Awan Lake Quartet (or Series, not sure yet!) just over a year ago. The Awan Lake Experiment, as it is titled, continues the three-month-long story of conspiracy theories mixed with greed at a peaceful community in Canada’s lake country. Former Coast Guardsman Frank Anderson responds (again) to protect his neighbours when Awan Lake and the wealth hidden beneath its surface become the international focus of corporate crime and political manipulation.

What are you working on now?
Book Four!

Was there a person who encouraged you to write?
Yes: everybody who (off and on over more than a half century) paid me to write something they needed. Writing novels, however, was my idea.

What would you say are your strengths as an author?
When I first thought about writing novels, I thought I had lived long enough to have stories to tell. Most of my readers, however, tell me they like my sense of place and my characters. My third novel (The Awan Lake Experiment) ends rather darkly, and some people didn’t like that, because mysteries are supposed to be like a low-budget massage with a happy ending. Others liked the ending, because they appreciate that my stories tend to be true-to-life, and life ain’t always pretty.

How often do you write, and do you write using a strict routine?
I work on my novels as often as life allows. What is this word “routine”, and what does it mean?

Five years from now, where do you see yourself as a writer?
I would like to have completed and published my seventh novel. That will mean that the pandemic is over, we will have achieved a new normal, and I will have found the meaning of this word “routine”. 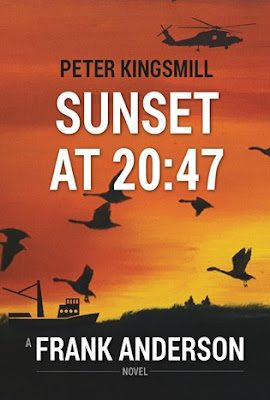 Frank Anderson fixes stuff. He can fix porch swings for the ladies and boat motors for the guys, any day and all day. But can he fix the fear in the eyes of a pretty woman? Anderson hadn’t even met Marjorie Webster before she turned up on his doorstep that evening to say she has run into a body out on Awan Lake. Helping the police recover the corpse the next day leads both of them into a fourteen-day search for answers. As the lake becomes the centre of a web of conflict, environmental activists, international criminals and murder, the answers lead to more problems. If Anderson doesn’t step up to help fix them, the small town and the people who have embraced him might never recover.

Sunset at 20:47 is the first novel in the author’s Awan Lake series: “In this, his first novel, Peter Kingsmill develops an intimate portrait of, apparently, a fictional lakeside village,” comments a Goodreads reviewer. “Awan Lake is as real to me now as any of my own favourite places, and he's inhabited it with characters just as compelling.” 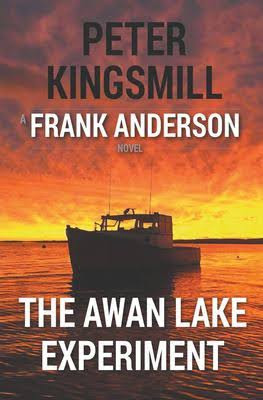 When the rich and powerful mix conspiracy theories with greed, even a peaceful community in Canada’s lake country becomes a target for terror. Former Coast Guardsman Frank Anderson responds to protect his neighbours when Awan Lake and the wealth hidden beneath its surface become the international focus of corporate crime and political manipulation. The Awan Lake Experiment is the third novel in author Peter Kingsmill’s Awan Lake Series.

As a series reader comments, “I was given an advance copy of The Awan Lake Experiment, which means I am now familiar with the whole Awan Lake series of Frank Anderson novels. This new release – third in the series – is as intriguing as Sunset at 20:47 and Nobody Drowned - with same well-crafted storylines and believable characters. The author is on a roll with these books – I almost expect to see them turning up as a television series!” (Kobo, 5 stars) 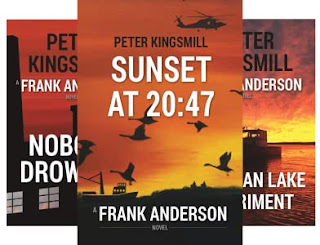