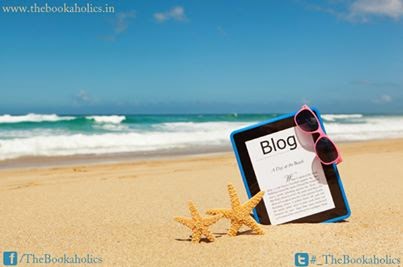 As part of The Bookaholic's Book Tour, I am tooting my own horn today and chatting about my novels!

My series, Wild Blue Mysteries, is set in the fictional town of Packham, based on my current home town, and set in New York State. Why New York when I live in Canada? Advice from a writing friend. On his advice, I change settings and never looked back. Interestingly enough, my second series will be set in an actual town in New York State that I have fictionalized to the point it only resembles half the original town.

Wild Blue Mysteries is a five book series which tells the story of a group of three detectives who work for the Wild Blue Detective Agency. When Danny Walker starts up the agency, he is a cop and the agency is a cover for him to get involved with some local crime bosses who are looking for a mole in their organization. Thus begins the series.

Book 1: The Bookstore Lady
Danny Walker is tracking Paulina Chourney who fell deep into the dark side of life and is lucky to get out before her boyfriend Maddox kills her. She escapes Maddox and arrives in a small town, which she sees as a blessing in disguise since the men she worked for would never think to look for her in a lazy, backwater place like Packham. She changes her name to Katie Mullins, makes a deal on a little bookstore and joins a local writing group then successfully fades into anonymity. Until Danny Walker shows up to visit family and figures out who she is.
When Paulina catches her 80-year-old landlady sneaking out in the middle of the night, the bad guys catch up to her and Danny disappears. She has to choose between spending her life on the run or standing up to face her past. Hopefully, before the quirky townsfolk turn her death into a spectacle.

Book 2: The Mystery Lady
Danny Walker used to enjoy chasing criminals, but after being kidnapped and nearly killed, he longs to close the Wild Blue Detective Agency and live a simpler life as a mechanic. Forced to take leave from the police force, he has a long way to go to convince the shrink he's even close to sane, especially when he helps his former partner solve a series of murders, which endanger the woman he's tailing.
Wanna-be writer Lucy Stephen never wrote about murder until her husband moved out and she thinks some man in a blue car is stalking her. When her husband and his girlfriend take her kids on vacation, Lucy discovers a hidden package of jewelry that her husband desperately wants back. The more she learns about the assorted pieces, the more Lucy realizes she may never see her kids again and needs to fight back with the help of the very man who stalks her.

Available later this year!  Book 3:  The Bakery Lady
From the moment Leo Blue meets the tattoo artist's sister Christina, he's drawn into a web of bread dough and lies. Christina Davidson has returned to Packham with a duffle bag full of secrets. Leo soon discovers her biggest secret's are her alter ego and her husband who stands accused of murdering an up-and-coming artist. He promises to help set things straight and plans to bring husband and wife together for Christmas - even if it costs him his sanity and the love of his life.

So there you have it, the first three books in the Wild Blue Mysteries series and there are still two more to come. I do hope you'll check them out and follow me on the adventure.
You can order my books online on Amazon.com at: Diane Bator, Author
As well as on Amazon.co.uk and Amazon.com.au!