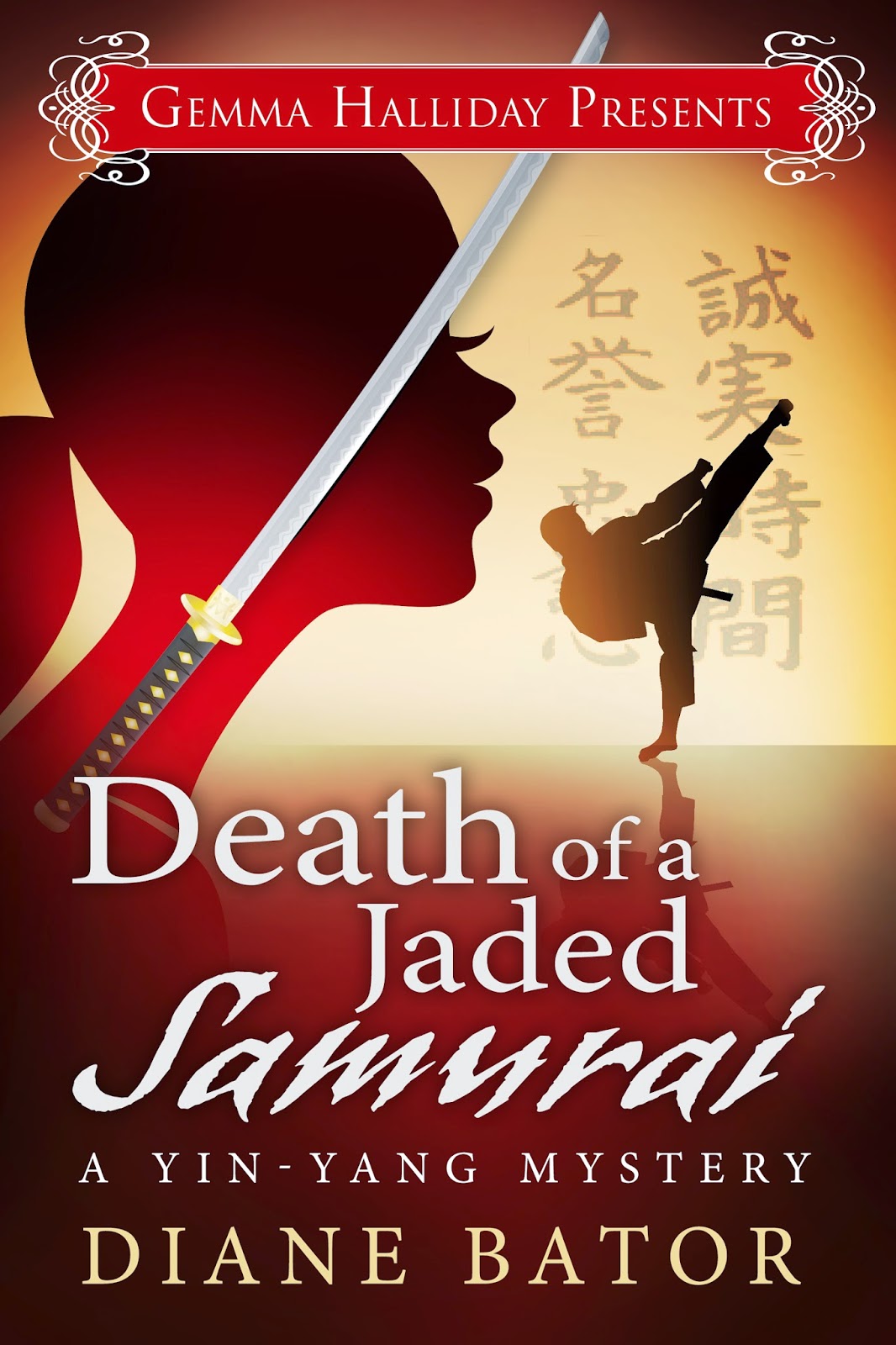 I am so excited to announce the release of my new novel DEATH OF A JADED SAMURAI
November 3!

Gilda Wright thinks she's landed a dream job managing a karate school. Sure, her boss, Sensei Mick Williams, is almost as demanding as he is sexy, but Gilda is inspired by the strength of people around her and hopes to absorb some of that into her own life. But when Gilda finds the body of one of the instructors laying in the dojo with a sword though his chest, suddenly she must find her own inner strength and fast! The police see everyone as a suspect, including her boss, and it's up to Gilda to find out what really happened. She follows the clues of the missing scroll of the Four Possessions of the Samurai down a deadly path filled with lies, deceit, and poisoned ninja stars! If she doesn't watch her step, she just may become the killer's next sparring partner.

To order your copy today, go to: http://www.gemmahalliday.com/Halliday_Publishing/ourauthors/Diane_Bator/