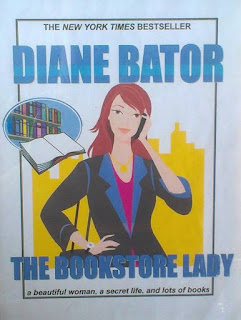 Welcome to Packham and the
Wild Blue Mysteries
The ladies of Packham are going to drive the sleuths of Wild Blue Detective Agency to drink
-- if they don't get them killed first.

The Bookstore Lady will always have a spot in my heart. Mostly, because it was the first book I had published, aside from a novella called Murder on Manitou. The image at the top of this blog was created by one of my very good friends and fabulous editors Laura LaRocca who has stood by me from the start. I keep this on my wall as a reminder of how far I've come!

How did this series come about?  Oddly enough, it all started with a dream about a cat. That scene appears in The Bookstore Lady where Danny Walker and Katie Mullins are getting to know each other. As I wrote the scene, those two characters came to life and the rest of the book evolved from prompts in writing group meetings.

Why is the series called Wild Blue Mysteries?
Wild Blue is the name of the Detective Agency Danny and his partner Leo Blue set up for a sting operation where Danny first meets Paulina Chourney. Once the whole case takes them back to Danny's home town of Packham, they start to shift gears and try to escape from the city. Where Danny finds it agreeable and even buys a century home in the country, Leo finds it harder to enjoy small town life until he meets Christina Davidson who runs the local bakery.

Why doesn't Katie go back to using her real name, Paulina Chourney, after the bad guys are caught?
Partly because her character has been known as Katie by the locals who are a little set in their ways. Also because she's afraid of becoming that person she was before her life changed so drastically. Paulina was drawn into a world of corruption and money. Katie lives a simpler life running a bookstore and living with an elderly woman writer who loves a good mystery--and to mete out justice of her own.

Why do all of the books feature different pairs of main characters?
Danny and Katie start to become a couple in The Bookstore Lady - once Danny tracks her down and tries to save her from her former bosses. With meddling writers and henchmen who love nothing more than a good fight, he's got more than enough action on his hands.
In The Mystery Lady, Danny investigates Lucy Stephens, a local mom and mystery writer. Leo Blue meets Lucy in this book as well, but the chemistry isn't quite right.
The Bakery Lady became Leo and Christina's story. Not a fan of the small town and its nosy inhabitants, it isn't until Leo goes to the local tattoo parlor and hangs out with Clancy Davidson, that he meets a secretive woman who changes his mind about small towns and romance. Christina Davidson takes no nonsense and has a history that draws him in like a bear to honey.
The Painted Lady is a continuation of Leo and Christina's story with more life altering secrets coming to light, including an art forgery and murder.
Book five, The Frightened Lady, will take the story back to Danny and Katie who have run into their own obstacles once again. This time with a woman who confesses to a murder that took place many years earlier and an angry man who stalks Katie.
After that... well, I guess we'll see what new ideas come along.

***Be sure to read through to the bottom for a fun treat!!

Here are the list of Wild Blue Mystery novels to date. I hope you check them out! 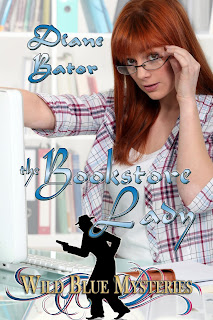 Danny Walker is tracking Paulina Chourney who fell deep into the dark side of life and is lucky to get out before her boyfriend Maddox kills her. She escapes Maddox and arrives in a small town, which she sees as a blessing in disguise since the men she worked for would never think to look for her in a lazy, backwater place like Packham. She changes her name to Katie Mullins, makes a deal on a little bookstore and joins a local writing group then successfully fades into anonymity. Until Danny Walker shows up to visit family and figures out who she is.
When Paulina catches her 80-year-old landlady sneaking out in the middle of the night, the bad guys catch up to her and Danny disappears, she has to choose between spending her life on the run or standing up to face her past. Hopefully before the quirky townsfolk turn her death into a spectacle. 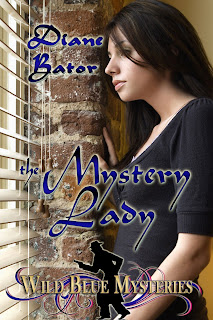 Danny Walker used to enjoy chasing criminals, but after being kidnapped and nearly killed, he longs to close the Wild Blue Detective Agency and live a simpler life. Forced to take leave from the police force, he has a long way to go to convince the shrink he's even close to sane, especially when he helps his former partner solve a series of murders, which endangers the woman he's tailing.
Wanna-be writer Lucy Stephen never wrote about murder until her husband moved out and thinks some man in a blue car is stalking her. When her husband and his girlfriend take her kids on vacation, Lucy discovers a hidden package of jewelry her husband desperately wants. The more she learns about the assorted pieces, the more Lucy realizes she may never see her kids again and needs to fight back with the help of the man who stalks her. 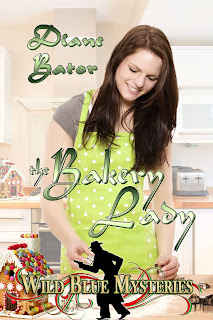 From the moment Leo Blue meets the tattoo artist 's sister Christina, he's drawn into a web of bread dough and lies. Christina Davidson has returned to Packham with a duffle bag full of secrets. Leo soon discovers her biggest secret is Christina's alter ego and her husband who stands accused of murdering an up-and-coming artist. He promises to help set things straight and plans to bring husband and wife together for Christmas—even if it costs him his sanity and the love of his life. 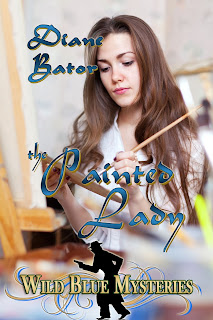 The pieces of Christina Davidson's life have built up into place over the past few months, despite the one last secret she's trying hard to hide. When Leo Blue returns to town, then people from her past turn up, her carefully constructed walls begin to crumble and the only people who can help her now are the men of the Wild Blue Detective Agency.
Leo Blue can't escape Packham nor the life of a private detective no matter how hard he tries. Six months after the murder of artist DJ Gage, the prices of Gage's paintings soar. When a woman winds up dead and a forgery is discovered in the local art gallery, Leo has to find a murderer and a forger.


Where to find me and my Books (Here, obviously!)

AND NOW THE TREAT!! 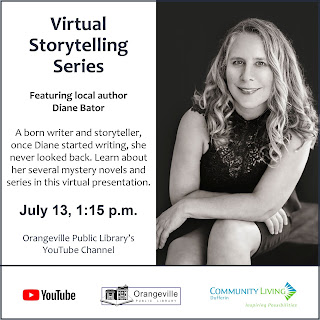