Victoria Dowd has released her first novel The Smart Woman's Guide to Murder!

Before we get started, I have two things I'd like to say.


That's it! Welcome to author Victoria Dowd with her debut novel "The Smart Woman's Guide to Murder." 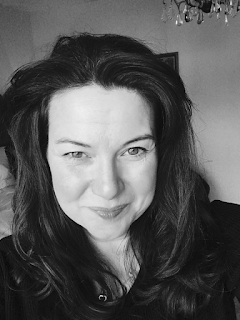 Victoria is a crime writer and her debut novel, The Smart Woman’s Guide to Murder, is published by Joffe Books. It’s the first part of a crime series that is modern take on the classic murder mystery with lots of dark humour.

Victoria is also an award-winning short story writer, having won the Gothic Fiction prize for short fiction in 2019 awarded by Go Gothic. She was runner up in The New Writer’s writer of the year award and her work has been short listed and Highly commended by Writers’ Forum. She was also longlisted for The Willesden Herald International Short Story Competition and has had short stories published in various literary journals and magazines. Victoria also writes the non-fiction series Adapting Agatha about adaptations of Agatha Christie novels. She is originally from Yorkshire and, after studying law at Cambridge University, was a criminal law barrister for many years before becoming a full-time writer.

What would you say are your strengths as an author?
I’d say I’m pretty diligent. I like to keep as organised as possible and, as a writer of whodunnits, I plan meticulously. I have masses of notebooks and files filled with research and a very big pinboard covered in maps, photographs and a lot of red string. In some ways, it does look like I’m planning a murder! I go over the details again and again, making sure there are no plot holes and that everything fits together like a perfect jigsaw.

How often do you write, and do you write using a strict routine?
I write Monday to Friday, every day for about five hours. I try to take weekends off unless I have edits that need to be finished and sent back. I am quite strict about that otherwise I just wouldn’t get it done. I never usually write after about 6pm, particularly since I may well have had a glass of wine by then and the writing is absolutely awful after that!

Five years from now, where do you see yourself as a writer?
Hopefully, as the writer of a successful series of crime novels and, who knows, maybe someone will make them into a TV series! Now that would be marvelous. Like most writers, I’ve imagined who’d play each role and all the settings!

If you could offer one piece of advice to a novice writer, what would it be?
Stick at it! Just keep going and write as much as you can, as often as you can. Do it for the love of writing and write what you love. Don’t write what you think other people will like, write what you have a passion for. I adore Golden Age detective fiction so that’s the genre I write in. But I also love ghost stories and the supernatural so I write short stories in that genre. Don’t send anything out to people until you’re absolutely happy with it and it’s finished. Make it the best thing you’ve ever written until you just think it can’t be any better. That might be more than one piece of advice!

What would you consider to be the best compliment a reader could give your book?
It would be about the quality of the writing. If people say it is beautifully well written, I’m a very happy writer, because, after all, that’s what it’s all about.

What are you working on now?
I’ve just finished writing the second book in the Smart Women series. It’s called The Smart Woman’s Guide to Survival and follows the women who survived at the end of the first book. They decide they weren’t particularly good at survival so set off on a Bear Grylls’ style survival weekend to the Outer Hebrides. When they are shipwrecked on a deserted island, the murders begin. Is it one of their group or was someone, or something, there already? I like to play with the classic whodunnit scenario and put unusual people in unusual settings. I think there’s a bit of everything in there this time, fear, humour and the all important murder mystery to be solved. I’ve absolutely loved writing this one! It’s been fantastic fun taking the characters on further and getting behind why they act in the extraordinary way they sometimes do. I’m just waiting for the edits to come back so I can get to work on those and, my favourite part, seeing the cover art! I love watching the ideas and words come to life and finally form into a book. It’s an absolutely magical transformation and a very special moment when you finally see the finished book. I can’t wait! 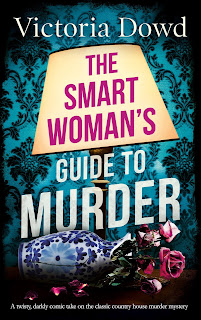 A faded country house in the middle of nowhere.
The guests are snowed in.
The murders begin.

Withering and waspish, Ursula Smart (not her real name) gate-crashes her mother’s book club at an isolated country house for a long weekend retreat. Much to Mother’s chagrin. Joining them are Mother’s best friend, Mirabelle, Aunt Charlotte and Less, and Bridget with her dog Mr Bojangles. It doesn’t matter that they’ve read Gone Girl three times this year already, this retreat is their chance to escape bustling suburbia. But someone has other ideas.

A body is found in the grounds.
Is a lone killer hunting them? Or has one of their own group embarked on a killing spree?
What they need is to stop sniping at each other long enough to solve the mystery before the killer strikes again.
What they need is a guide to survive.

AND NOW FOR THE SPECIAL BONUS!! 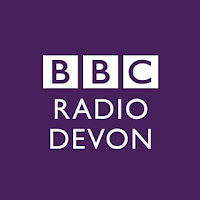 Victoria was absolutely thrilled to be asked to give a reading of The Smart Woman’s Guide to Murder on BBC Radio Devon and chat about writing, Agatha Christie and her favourite place - Burgh Island.

Here’s the link. She appears exactly 30 minutes in.