Welcome to the lovely writing duo of Jude Pittman and Gail Roughton!

Today I have a special treat. Two authors in one! Jude and Gail are fantastic writers who have collaborated on a book I can't wait to read! Jude is also my publisher and has a great series I've read the first book of so far, Deadly Secrets featuring Kelly McWinter. Don't tell anyone, but Kelly is my new book boyfriend! Dreamy, smart, and a PI. He also has a dog! Judging from the book list, I'm a couple books behind in his adventures. Carry on, ladies, I have some reading to catch up on... 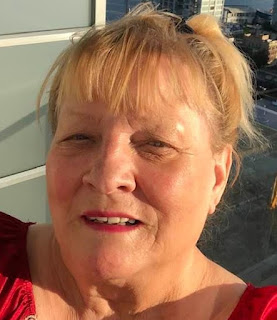 Jude Pittman lived for many years in California and Texas but in 1991 she returned to Canada and married Metis author John Wisdomkeeper. Jude and John now live in British Columbia

Writing since she was a teenager, Jude has followed her dream throughout her lifetime, and in the process has met and worked with countless others following their own personal dreams. Jude is also publisher for BWL Publishing Inc. A Canadian publisher of quality genre fiction. 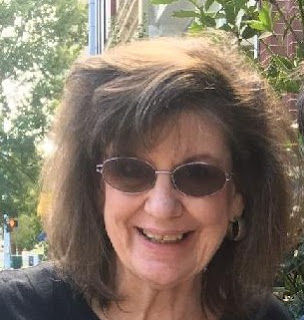 Gail Roughton is a native of small town Georgia whose Deep South heritage features prominently in much of her work. She’s a retired paralegal who lived in a law office for over forty years, during which time she raised three children and quite a few attorneys. She kept herself more or less sane by writing novels and tossing the completed manuscripts into her closet, most of which have now emerged in published form. A cross-genre writer, her books range from humor to romance to thriller to horror and she’s never quite sure what to expect when she sits down at the keyboard. Now multi-published by BWL Publishing, Inc., her credits include the four book War-N-Wit, Inc. series, The Color of Seven, Vanished, and Country Justice. She also writes with co-author Jude Pittman on the Mother Shipton paranormal series. She usually has a project or two on the backburner but never discusses any for fear of jinxing them. Given her affinity for the supernatural, this should come as no surprise to any reader.

Jude:  My ability to identify with my characters and bring them to life.

Gail:  To be perfectly honest, I don’t consider myself an author at all. I’m a transcriber. For me, a novel begins with a character, one I didn’t actually create myself, at least not consciously. All the bits and pieces of now and then, here and there, conversations overheard in the grocery store, observations of people made in doctors’ offices, place names that have tickled my fancy—well, they all coalesce into at least one character, male or female, good or bad, could be either, who gradually begins to grow until before I know, they’ve stood up and started walking and talking and inviting other characters in, with or without my permission. They start acting out their own story lines until I’m watching a movie in my head. At that point, all I do is sit down, describe the scenes I’m seeing and transcribe the dialogue I’m hearing. So I don’t really think I’ve (as in me personally) have a strength as an author, I just have very vocal, very pushy imaginary people running around in my head. Go figure.

Jude:  I write sporadically. Because I’m also a publisher my routine is erratic and I may not write for a few weeks and then I’ll suddenly write a couple of chapters in one period. I’m afraid the idea of a “schedule” dries my creative juices right up.

Jude:  Still working away at publishing the best stories I can write and hopefully coming up with stories that readers want to read.

Gail:  Exactly where I am now. Writing doesn’t rule my life, though I let it when I first entered the professional publishing world. For me being a published writer is just a fact about me, not a definition of who I am. I almost let that happen years ago and I’m never even coming close to that again.

Jude:  Learn your craft. Don’t get swayed by the current mass of inexperienced and untrained hopefuls who throw together a manuscript with no idea of what it takes to properly plot and craft a novel, and then rush to self publish so they can call themselves a published author. Would you perform heart surgery after a few months of deciding that you wanted to be a surgeon? Learn to write a story that readers will enjoy reading and you’ll be proud to claim as your own.

Gail:  Learn to read your own work as though you’ve just picked it up in a bookstore and know nothing about the book or the writer who wrote it. Now, having read the first five pages—even the first page—would you keep reading it? And remember you don’t know the first thing about the author.  No?  Why not?  Then fix it. Learn to self-edit with the ruthlessness of a surgeon with a scalpel. Writers so in love with their own words that they can’t concede a book needs editing have an audience of one—themselves.

Jude:  The best compliment a reader can give me is when they ask when the next book in the series will be available.

Gail:  To silently scream “NOOOOOOOOOOO!!!!! That can’t be the end!!!!” when they’ve reached—you guessed it—“The End”

Jude:  Book 2 in the Mother Shipton series; Mother Shipton and the Secret Agent Sisters, and Book 5 in the Kelly McWinter PI mystery series, Deadly Ghosts. I tend to work on a couple of projects at a time switching back and forth between them as the mood strikes.

Gail:  I’ve got several works in various stages of completion, from half done to just a few pages, but I’m very superstitious and am always afraid talking about them jinxing them. That’s the same reason I never want covers before a book is done, a peculiarity that drives Jude crazy. 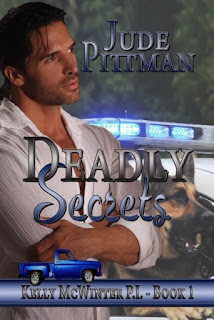 Kelly McWinter is a former Fort Worth police officer who suffered a personal tragedy that caused him to quit the force and isolate himself in the community of Indian Creek, Texas. Kelly is the Clint Eastwood, John Wayne type of man who makes everyone feel safe. The characters at Indian Creek are so unique and eccentric that readers and reviewers alike have fallen in love with the regulars who frequent Cam Belcher's Hideaway Bar and Barbecue.

Tammy from Fallen Angel reviews describes the Kelly McWinter P.I. mysteries as "A fabulous mixture of Texas humor, heart-pounding action, sexy nuances and mounting suspense. There's plenty of excitement, plenty of intrigue, a local flavor to tickle the toughest of taste buds and a good serving of hot, steamy romance to titillate the senses."

MOTHER SHIPTON AND THE SISTER WITCHES 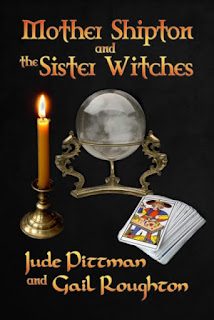 All the girls have power and they’re watched over by elder sister Lillian, who takes her job as family trouble shooter seriously. There’s no shortage of trouble to be sorted out either and even with their own powers each of the girls needs help. First Katherine's oilman fiancé disappears in the Gulf of Mexico, and then Irene's world champion saddle bronc rider fiancé is sabotaged and in danger of being trampled by a bucking bronco.

The spider-web of trouble stretching between these three modern sister witches might be too much for even a time-traveling guardian angel to handle on her own. 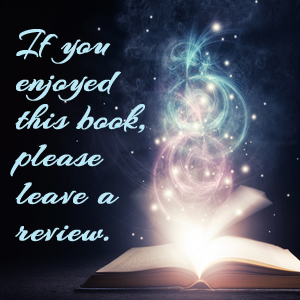