A SEASON IN LIGHTS

A NOVEL IN THREE ACTS

The book is available worldwide in paperback and ebook! 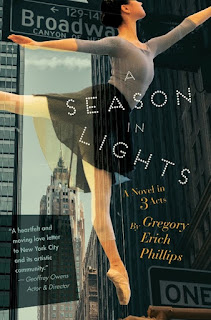 In the colorful artistic underworld off-Broadway, Cammie, a dancer in her mid-thirties, has just landed her first part in a show since coming to New York City. Yet the tug of familial obligation and the guilt of what she sacrificed to be there weigh down her dancing feet. Her lover, Tom, an older piano player, came to the city as a young man in the 1980s with a story eerily in tune with Cammie's own. Through their triumphs and failures, both learn the fleeting nature of glory, the sweetness of new love, and how a dream come true isn't cherished until it passes. The bright lights of the stage intoxicate, while degradation and despair lurk close behind the curtain. Their sagas are marred by two pandemics, AIDS in the 1980s and COVID-19 today, which ravaged the performing arts community, leaving a permanent scar on those who lived through them. The poignant intersection of their stories reveals a love affair unbound by time, reaching across decades through the notes of a piano's remembered song.

This remarkable literary novel is the first to address the devastating impact that the pandemic has had on New York City’s performing artists. In this compelling work, Gregory Erich Phillips, an award-winning author, addresses timely topics such as racial prejudice and prejudice against the LGBT community, interracial romance, drug and alcohol addiction, depression, along with classic struggles like sibling rivalry and family drama.

Barnes and Noble: A Season in Lights: A Novel in Three Acts by Gregory Erich Phillips, Paperback | Barnes & Noble® (barnesandnoble.com)

Applause for Gregory Eric Phillips’ A Season in Lights: A Novel in Three Acts

“Gregory Erich Phillips’ A Season in Lights is a heartfelt and moving love letter to New York City and its artistic community.” —Geoffrey Owens actor and director

“By drawing us into the glitz and glam of New York City’s creative scene, and by examining the gritty reality beneath the shine, Phillips taps all the senses while reminding us that, no matter what happens in life, the show must go on—especially for those who dare to dream. Want a sensual but poignant romp behind the curtain? This book delivers.”— Julie Cantrell New York Times and USA TODAY bestselling author of Perennials

“Written by a true creative, A Season in Lights paints a moving picture of artists, dancers and musicians. Gregory Erich Phillips weaves together the heartaches and lucky breaks of two main characters, Tom and Cammie, and their friends and families. The vignettes culminate with the impact of coronavirus on NYC and ends with a surprisingly tender and uplifting finale.”  —Carole Van Den Hende 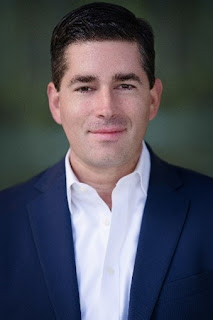 From a prolific literary family, Gregory Erich Phillips tells aspirational stories through strong, relatable characters that transcend time and place. His debut novel, Love of Finished Years, won the grand prize in the prestigious Chanticleer Reviews International Writing Competition. His second novel, The Exile, won first prize in the Pacific Northwest Writers Association Literary Contest. Gregory is also an accomplished dancer and musician who has performed on stages in New York City, San Francisco and in Seattle, Washington, where he lives.