May 2017 Round Robin Blog Fest

Welcome back to the Round Robin Blog Fest!


After a brief hiatus for some family events and crazy work schedule, I'm back and ready to blog! 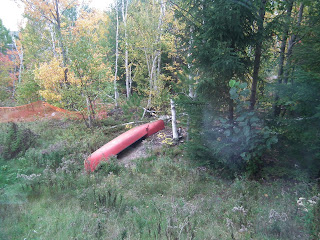 How do you go about developing your characters for a story?
How much time do you spend or does it just happen in the writing process?
What inspires it?

I'm a pantser. For the uninitiated, I write from the top of my head, flying by the seat of my pants so to speak. My words and my characters flow from my head and heart through my hand and pen.

Aside from the romanticism of creating my own characters, I observe people. I glean mannerisms from customers I serve, people I know, and from people watching in general. Once I have a basic character, I begin to work on backstory and finer details. For the most part, all of the bits and pieces fall into place during the writing process.

Anything can inspire a new character - a dream, someone on television, a voice on the radio, even just a "what if."  What if a woman met the man of her dreams and he was far from dreamy? What if the homeless man on the corner had a dark secret? What if the beauty queen wanted to win so bad she killed her competition one by one?

By asking the what ifs, I created a character from either the inside-out or the outside-in. Sometimes the heart and soul are more apparent than the outer shell at first. But there are also times a character just appears. Larger than life and in so much detail that I can't write fast enough to capture them.

Leo Blue from my Wild Blue Mysteries series was one of these. He pushed his way into the story without prompting - or being invited for that matter! He will be making a reappearance in the fourth book in the series called The Painted Lady.

As an example of one of my characters, this is what I wrote for his brief description:


Leo Blue: One of Danny’s partners at the Wild Blue Detective Agency. Leo’s background as a boxer and martial artist made it impossible for anyone to get the jump on him. He is also a veteran severely wounded in Afghanistan.
He has muscular arms, broad chest and scars everywhere. He has long copper hair and cat-like gold eyes. He looks like he could bench press a bus. Leo is “two-parts Rambo and one-part Einstein.” He would never turn his back when his friends needed his help.

While Leo first appears in The Bookstore Lady, he takes the spotlight in The Bakery Lady with the lovely Christina Davidson who takes over Daisy's Bakery and turns the confirmed bachelor's head.

You can buy any or all of my books on Amazon at Diane Bator.


I hope you all enjoy the rest of the blog fest! Stop by to check out how my fellow authors develop their characters!