Welcome to one of my favorite authors! Victoria Dowd is truly making a name for herself in the mystery genre - especially if you like a good whodunnit! 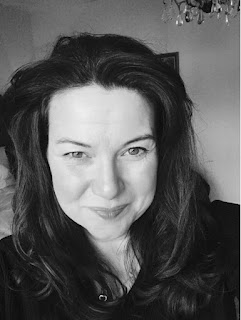 Victoria is a crime writer and winner of the People’s Book Prize for fiction 2020/2021 with her debut novel, The Smart Woman’s Guide to Murder. It was also named In Search of the Classic Mystery Novel’s Book of the Year 2020. The second book in the series, Body on the Island, is also long listed for the People’s Book Prize for fiction this year and is nominated for the TCK publishers Readers’ Choice Award 2021. Book 3 in the series, The Supper Club Murders, was released on 16th September. Her books are a modern, darkly comic take on Golden Age crime fiction.

Victoria is also a short story writer and was awarded the Gothic Fiction prize for short fiction in 2019. She was the runner up in The New Writer’s writer of the year award and long-listed for The Willesden Herald International Short Story Competition. Her work has been published in many literary journals and magazines. She also writes the Adapting Agatha series, focusing on TV and film adaptations of Agatha Christie and regularly speaks at various festivals on this subject. This year, she appeared at the International Agatha Christie Festival.

Originally from Yorkshire, she studied law at Cambridge and was a criminal law barrister appearing at the Old Bailey for many years but hung up her wig in favour of writing about crime. She is now co-convenor of the London chapter of the Crime Writers’ Association.

My latest book is The Supper Club Murders. This is the third in the Smart woman’s mystery series which follows the Smart family. They are classic whodunnits with a lot of dark humour and a touch of the supernatural. Ursula Smart and her mother are invited to a supper club at Greystone Castle on the edge of a picturesque Dartmoor village, along with their ever-adventurous book group.

But as the dinner party begins, festering resentments begin to surface. As midnight strikes, someone is found brutally murdered and the Smart women find themselves investigating another perplexing crime. It’s an impossible crime and a locked room mystery with a difference at the very heart of it. There are murders by cannonball, priest hole and ducking stool. The phones are out. The roads have flooded. There’s no way in or out. And the murders have begun.

I’m working on Book 4 in the series which will follow the members of the Smart women who survive The Supper Club Murders. This time they are invited to a crime writers’ convention as a result of the increasing popularity of Pandora’s blog, Death Smarts, which details all their previous near death experiences. The book opens on the first day of the murder trial of one of the people who attended the event who it would appear has very definitely murdered her husband. But as we are taken back to the scene of the crime, all is not as it would at first seem.

Many people! Primarily, my wonderful family who encourage me and support me all the time. I would find it impossible to do this without a lot of encouragement. I’ve written stories my whole life and, originally, it was my English teacher who inspired me to think that I could do this. It’s been a very long journey and, like most writers, many people have helped along the way.

I think diligence and hard work, really. I go over everything again and again, making sure it works and there are no holes in the plot. I also read a lot around my genre and love the Golden Age of Detection that inspires me.

I have a very strict routine. I start work around about 9am and don’t really leave my desk until about 3pm. Most days I work for about six hours solidly. I write every day except for weekends and holidays. I have to be very strict about also factoring in time for reading and relaxing otherwise I have a tendency to work all of the time!

I’d really like to continue the series and see it expand into different areas. It’s been fantastic hearing the audiobooks come to life and seeing the books come out in other languages. I have so many ideas for how Ursula and the Smart women are going to progress. That’s the wonderful thing about writing a series, the story arc can be enormous. I also have plans for a more gothic, standalone book that I’ve been thinking about for a while but finding the time is the key! Oh, and I have a historical fiction book that I began and really want to finish. So, in five years I’d hope to have a lot more books out and still be loving every step of the way. 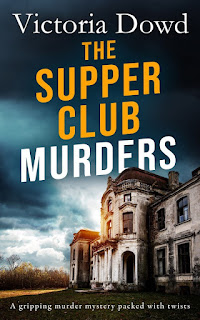 The phones are out. The roads have flooded. There’s no way in or out. And the murders have begun. Ursula Smart and her mother are invited to a supper club at Greystone Castle on the edge of a picturesque Dartmoor village, along with their ever-adventurous book group. But as the dinner party begins, their hosts Lord and Lady Black begin to reveal festering resentments. Lord Black, who actually bought his title, looks like he’s having an affair with the maid. Then as midnight strikes, someone is found brutally murdered and the Smart women find themselves investigating another perplexing crime. On this dark and stormy night, with the castle cut off by flood waters, who will be the next to die? AN IMPOSSIBLE LOCKED-ROOM MURDER MYSTERY WITH A TOUCH OF DARK HUMOUR.