Introducing SUSPENSION, Book One of the Time Binder Series by Andrea Faye Christians

BOOK ONE OF THE TIME BINDER SERIES

The book is available worldwide in paperback and e-book. 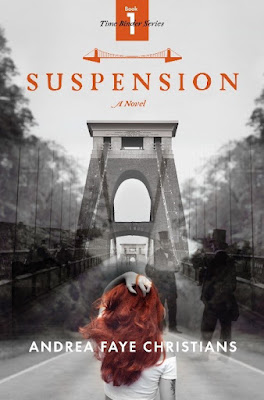 When Carla Thompson falls asleep and doesn't wake up, she is shocked to discover what destiny has in store for her. Suspended between two worlds, she meets Isambard Brunel, the legendary eighteenth-century civil engineer, who built the Clifton Suspension Bridge in Bristol, England, and who now serves as guardian of its secrets. Historical events intertwine with Carla's current reality and along the way she discovers a murder, encounters a host of characters including Jamaican psychic, Matilda, and engages in verbal banter with literary legend, Ernest Hemingway. Her adventures lead her to a startling revelation about why she was chosen for her strange new role. In death Carla realises she has never felt more alive.

"A beautiful and beguiling supernatural romance from an author to watch." — Richard E. Rock, author of Deep Level and Frenzy Island 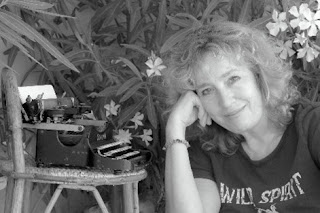 Andrea Faye Christians was born and raised in Swansea, South Wales. Following a successful career in radio, she moved to the southern Mediterranean island of Malta to pursue her dream of becoming a freelance writer. A decade later she bought a farm in the Madonie mountains of Sicily where a menagerie of rescue animals found their way to her. With a son in Malta and a daughter in Sicily, Andrea has a home and her heart in both places, and she now divides her time between the neighboring islands. Suspension is her debut novel. She is working on the second book in the Time Binder Series as well as a novel entitled Chemo Club.