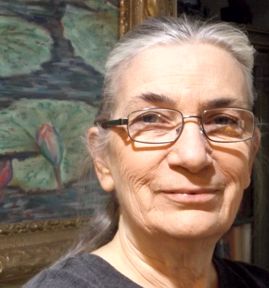 I'm a born Michigander, I've lived in Missouri and Colorado, but I'm back in Michigan. I love this state and love being closer to my siblings. I started teaching art and didn't even start writing until I was in my thirties. Now I see writing as painting with words and love it and teach it, too.

1. What would you say are your strengths as an author?
My best strength is I am persistent, but I also have a vivid imagination, which is probably why I write science fiction and fantasy. I have recently done a historical, Constantine's Legacy, about the Carolingian Age. One thing I've learned is people remain the same, no matter what the age. Most people think it is the start of the Dark Ages, but it is far more than that. I'm also wanting to try a long-distance 40's romance.

2. How often do you write, and do you write using a strict routine?
I try to write something everyday, even if not part of a novel, but I'm easily distracted. I like creative non-fiction, too. However, family has to come first, and I am still working as an adjunct professor of writing. I just finished Angels Tread in January, so I'm also in a 'what to do next' mode.

3. Five years from now, where do you see yourself as a writer?
Hopefully still alive and expanding my writing and able to work on all my other hobbies.

4. If you could offer once piece of advice to a novice writer, what would it be?Write fiction because you love to write it. As you write work on ways to improve it. Don't be disappointed because publishers don't swoop your writing up immediately, and certainly don't give up because of a bad review or people saying they aren't interested in your type of writing.

5. What would you consider to be the best compliment a reader could give your book?That my story enthralled them and they want to read another one.

6. What are you working on now?I'm working on the 40's romance mentioned above. I have a contemporary romance in the works (I may never get it finished), and I have ideas for another sci-fi and for another fantasy series. 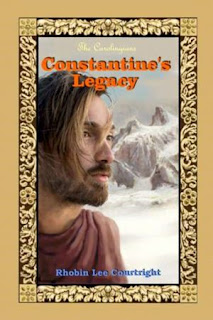 Leonard must learn to be the Frankish warrior his father Radulf, the Dux Provinciae, demands. His difficult training is nothing compared to the dangerous deceptions he discovers.


Angels Tread is the 4th and last volume of the Black Angel Series. The heroine has multiple personalities. Jezlynn Chambers had been in the Alliance's elite Space Service Corps. Her service ended in disaster and she became a space pirate. Everything changed. Now she has found her love, a Space Service Corps captain, and the Alliance President has ordered her to serve as an ambassador for the Alliance with their recent enemy, the Khajari. More change and problems are inevitable. 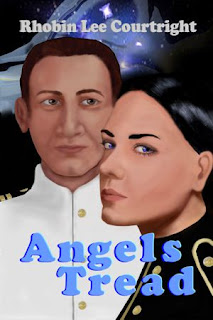