Welcome to author Laurie Heidtman!! Tell us a little about yourself! 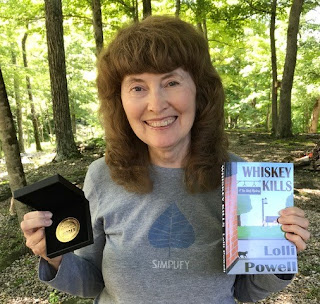 I’m retired from the nine-to-five life and live with my husband, two dogs and two cats on private land inside Daniel Boone National Forest in Kentucky. I have loved fiction since before I could read and, according to my mother, made up stories based on the pictures in the books. Now that I no longer have the excuse of not enough time, I’m fulfilling my lifelong dream of writing novels. Over the years, I’ve paid the bills by being a dancer, a bartender, a police officer, a registered nurse and a technical writer. Now I’m drawing on that life experience and my two English degrees to create stories that I enjoy writing and hope readers enjoy reading.

The photo above is from 2018. The medal is the bronze medal from 2017 Wishing Shelf Independent Book Awards.

Bottoms Up (6/12/21), the fifth in my Top Shelf cozy mystery series that I publish under my Lolli Powell pseudonym.

The Ghost Wears A Badge, the first book in a new cozy series called The Spirit of the Law. I don’t plan on releasing it till I have the second book finished or almost finished.

Several creative writing teachers in college encouraged me. And while my mother didn’t specifically encourage me to write, she always made sure we had books (both ones I could read on my own and ones she read to me) in the house even though we were very poor. Loving to read books is the first step toward loving to write them. And reading a lot of fiction is the best way to learn to write fiction.

Varied life experiences. Those include growing up really poor (as in no-running-water-or-central-heating poor) during the fifties and sixties. My family (I was an only child; my mother and I lived with my maternal grandparents) didn’t have a television till I was 13, but as I said, we always had books in the house. I’ve also worked in many different and widely varied professions. I spent my twenties as a dancer and sometimes bartender, during which time I also paid my way through a B.A. in English with a Creative Writing Emphasis. After I graduated (at age 30), I became a police officer and spent my thirties in a cruiser. At age 40, I was ready for a change and went back to school for a Master’s in Technical and Scientific Communication, worked for a short time as a technical writer, then returned to school again for an Associate Degree in Nursing. I worked approximately four years as a registered nurse on mental health and substance abuse units, then took another technical writing job with a company that wrote software for large court systems. I did manuals, and later, online help. They allowed me to work mostly from my home (on private land inside Daniel Boone National Forest), and I did that until I retired from outside work. I often say I never could decide what I wanted to be when I grew up, but the truth is, I always wanted to write fiction. But like a lot of people, I ended up following the path of “find a profession you can depend on.” Sure, I wrote on and off during those decades of doing other things, but I never really concentrated on it till I had more time in retirement.

I write most days. There are always times I can’t work it in, like when I have appointments or errands I have to run. We’re 10 miles from a county road, 26 miles from the closest supermarket, so errands can take a while. I also edit for a few other writers, so sometimes that interferes with my writing. I don’t have a strict routine, as far as writing at a certain time. With dogs and cats and just waking up, I seldom get started writing or editing before 10AM, but more often it’s afternoon.

With (I hope) 15 to 20 more books than I have now. I currently have 14 that I’ve self-published under both the Laurel Heidtman and Lolli Powell names, plus a couple of boxed sets. I’m gradually getting better about writing faster, and if I can do 3 to 4 books a year, I will be happy. This year has been good for me so far in terms of sales and pages read increasing, and I can see no reason why that won’t continue. I believe that writing and self-publishing (and probably traditional publishing as well) has to be looked at as a long game. Write books that entertain people, learn to market the books, and you’ll eventually find your readers. To paraphrase a well known movie phrase, write it and eventually they will come. 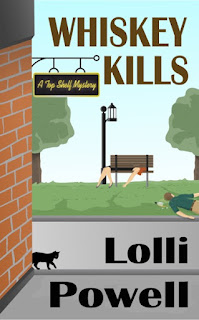 Whiskey with a murder chaser!
Big cities are known to be dangerous, but former New Yorker and bar owner Ricki Fontaine is finding the small town of Waterton, Ohio, is proving to be the murder capital of the world—well, at least her world.
The new Top Shelf is open for business, but business as usual for Ricki and the Shelf translates to another dead guy. Ricki’s friend, Ruby Fogarty, is charged with murdering her boyfriend by clubbing him to death with a bottle of whiskey. The police consider the case closed, but Ricki is convinced Ruby is innocent and sets out to find the real murderer. Although Waterton police detective Gabriel Russell is crazy about Ricki, he isn’t too crazy about her trying to do his job.
The killer’s not too happy about it either. 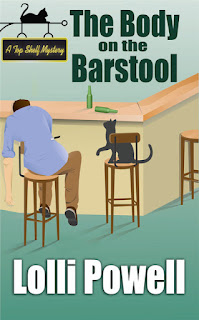 THE BODY ON THE BARSTOOL (A Top Shelf Mystery)

Get cozy with The Body on the Barstool!

New Yorker Erica "Ricki" Fontaine's n'er-do-well uncle has dropped dead and left her a dive bar in a small Ohio River town. Now she's trying to change the Top Shelf from a bar known for its Friday night fights into the kind of drinking establishment where you can bring your granny. But finding her ex-husband dead on a barstool at opening time one morning just might put a kink in those plans. 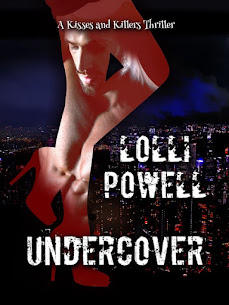 UNDERCOVER (A Kisses and Killers Thriller)

Their cover? They have to pose as a loving couple—and they don’t even like one another.

The assignment could last for weeks or even months as they try to uncover their target’s plans and who the organization has on the inside of local government and police departments. The success of the assignment—and their lives—depend on them working together as partners. But can they trust one another even though they don’t like each other? Can they share an apartment for as long as necessary without killing one another?

And the biggest question of all—will the loving couple act stay an act? 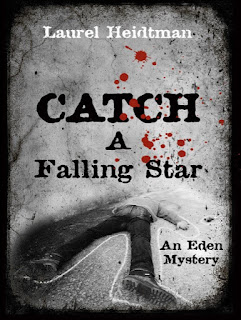 Missing treasure, criminals, cops, co-worker hostility, the surprise appearance of an ex-lover, and murder — definitely not what mystery novelist Kate Rawlings expects when she accepts a summer teaching position at her alma mater in the peaceful college town of Eden, Kentucky.

Michael Mabry was Kate’s lover in college, but did she ever really know him? Thirty years later, he’s on the run from his partners in a Chicago museum heist in which two people were killed and a valuable ancient Indian artifact called the Shooting Star was stolen. Michael escaped with the Star and his life, but he needs money to get out of the country. After so long, Eden should be the last place anyone would think to look for him, but his partners and an insurance investigator with his own agenda are hot on his trail. Kate finds herself suspected of involvement in the heist, but when a murder occurs in Eden, she also finds herself suspected of murder.