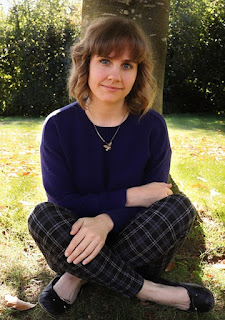 Julia Dovey grew up in Aldergrove, BC. In eleventh grade she decided to write a book after a substitute English teacher gave a positive comment on a short story, and her first full-length and hilariously bad novel was finished in three months. She went on to get a bachelor’s in Creative Writing from the University of the Fraser Valley, where she kept writing novels of (hopefully) increasing quality. Today she hails from Abbotsford, BC, where she writes to the tempo of unceasing rain.

Currently I’m writing romance, with my first book being LGBTQ+ romance. However, I also love to write literary fiction and magical realism.

For sure. When I was younger, I was an avid reader, and I read across a wide variety of genres. I loved literary fiction, romance, magical realism, and comedic writing. I learn something new every time I read, and it’s not surprising that my writing reflects what I consumed as a child/teen/young adult. A writing passage of mine may have been dually influenced by both Anne of Green Gables and Good Omens.

Oh, interesting question. I suppose what I like to write are characters who put on this façade of being fine and dandy, but are hiding the fact that they’re trapped – from outside or inside sources. This “brave face” person is fun to write because I know, at some point, they’re going to snap and make a scene and shock everyone.

Characters develop a few ways, for me. One way is certainly to base them off people I know. If they’re based off a friend, then (if I managed to portray them correctly) I know I’ve got a good shot at people loving them, because I sure love them! And the same goes for people who really salt my coffee – an irritating real-life person will hopefully make an irritating character.

However, a lot of the time I think my characters – or even my stories, for that matter –start off from a feeling rather than a concrete image. This feeling could manifest from something that happened to me, or to someone else, or even from an image or a song. I realize that I want to create a character who is feeling this specific feeling; it’s what’s creating their conflict. For example, the character of Bianca from Lipstick Tattoo had actually manifested from listening to dodie’s song “Cool Girl,” which is about a girl’s misguided struggle to be perfect and low-maintenance for her partner, and not be like “other girls.”

That being said, these are simply starting points. My character develops from there, as I write, and could be entirely divorced from their initial conception by the book’s final draft. I’ll get little ideas throughout the days that pass – “Oh, I want my character to be obsessed with this certain type of drink” “oh, I’d like my character to have THOSE eyes, specifically.”

The trick is to create characters that are cohesive, and not just scrapbooks of different things you like. It’s quite a feat to create a person from nothing, and a realistic, likeable person, at that.

I get a general idea for a plot concept, and the characters usually manifest after. I’ll have ideas of what characters are needed for this plot to work (“okay, I need the main character who struggles with X, the love interest who does X, maybe a friend character…”) and I develop them from there.

In Lipstick Tattoo, you can make the argument that there are a couple villains. However, the one I’m thinking of got just as much thought as my protagonist, and as a result, I got different reactions towards them from test readers. It was so interesting to see how this character was perceived, how some hated them without faltering, while others saw, somewhat, this character’s side.

As long as this villain doesn’t start garnering more sympathy than your protagonist (in a romance, this would not be great) it’s important to let your villain say their piece. Because outside of children’s shows, rarely do villains think they’re villains. They have the perspective that tells them they’re in the right, that they’re doing the good thing, or that they’re at least warranted in doing the bad thing. Unless a person has faulty brain wiring making them only find joy in causing pain, there’s always “their side” of the story, and there’s always some degree of logic. It doesn’t mean it’s right. It just means that you don’t look at a character who cheats on his wife and think “wow, he’s a cheater, what a piece of shit, he has no soul at all, and I’ll write him as such.” You look at them and listen to their side (“My wife and I haven’t been getting along lately, and this other girl laughed at my jokes, and I didn’t want to hurt my wife or deal with the consequences, so I cheated once and kept it from her”) and then decide what stance to take. (“He’s a human who probably has good aspects to him, but he was unforgivably selfish and deserves to be dumped.”)

More realistic, human villains tend to be more hateable, anyway. A large-than-life, cackling “mua-ha-ha” villain is this unbelievable force to be overcome, but they’re hard to hate because we just don’t encounter them much – we don’t have a frame of reference in which to react. On the other hand, villains that are more similar to people we deal with in real life hit us where it hurts. A person threatening to blow up Earth with a space cannon is scary, but not super hateable. A boss who calls your protagonist into work the day of her wedding upon threat of termination is technically less of a villain, but 100 times more hateable. 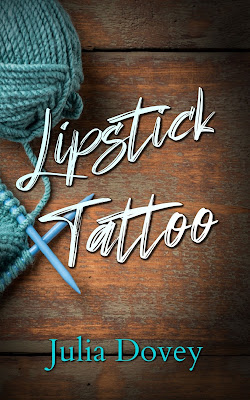 Bianca used to write romances before Pete made her realize how silly they were.

His poetry focuses on reality. It means something. Romances – “saccharine cells for pity from bored housewives” – have no footing in real life.

But when Louise – a sophisticated journalism student with date purple eyes and a kiss tattoo – makes a chance reappearance, Bianca’s simple story takes an abrupt turn. Bianca is faced with two paths. One: save, paved, and colourless. The other: a twisting, vibrant trail into the dangerous unknown.