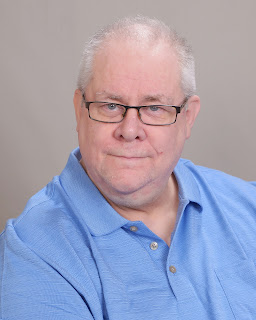 I am a former Software Engineer who grew up in Richmond Massachusetts, I am now retired and live with my wife and mother-in-law in Western Massachusetts. I have four grown children, one son and three daughters, all of whom still reside in Massachusetts. I have a B.S. in Mathematics from Worcester Polytechnic Institute and have done graduate work in both Applied Math and Computer Science.  I’ve been an avid reader (mostly Science Fiction and Fantasy) since grade school.  My first novel was a long time in the making (nearly 20 years) and has been split into two books (Enimnori: Arrival being the first) with the second (Enimnori: Discovery) due to be published in the fall of 2022. Book three (Enimnori:Challenge) is about 95% complete with book four (Enimnori:Crisis) about 25%

Mostly, the enormous number of books I've read along with an active imagination and a large vocabulary. I should also include one of my daughters who has a BA in English and an MS in Library Science as she has been a tremendous help.

I wrote VERY sporadically for about 20 years (on the first two books). Since retiring, I do something book related daily but have no schedule or fixed process.

Hopefully I will have expanded my series into a dozen or more, possibly starting another series if I get a different inspiration.

Just do SOMETHING almost everyday. Also, at least for me, frequent feedback is critical, be it from a family member, friend or whatever.

That's an easy one. "I enjoyed reading it."

At the moment I am going through the publishing process of book 2, finalizing book 3 and working on book 4. An act of desperation by young magician Brandon accidentally snatches Scott Hathaway from our world. Struggling to adapt to his new life, Scott becomes ensnared in dark local politics. He realizes he can use the knowledge he brought from his world to save his new friends, but at what cost?